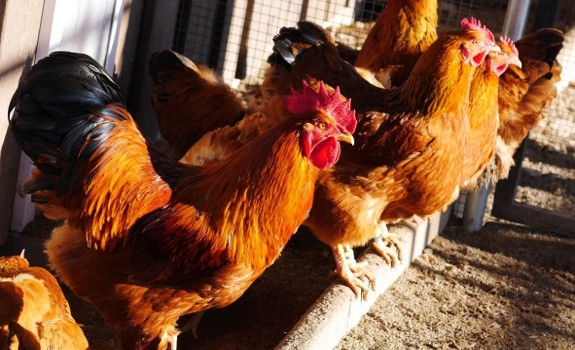 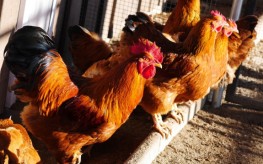 The FDAs use of discretion is often laughable. While they are notorious for dragging their feet to protect the thousands killed by dangerous prescription drugs, they are quick to lay down rules for people practicing sustainable agriculture or those who want to get medical treatment outside of Big Pharma’s profit net. Just one of the more recent examples of this is the agency’s unreasonable and ridiculous regulations for farmers raising egg-producing hens in pastures – land meant for animals to walk around and eat.

According to the Alliance for Natural Health, the new guidelines suggest farmers cover their pastures with netting of a roof to protect chickens from wild birds that may be carrying salmonella. They also suggest farmers construct walls around the pastures to prevent rodents and cats from entering. Roofs and walls—doesn’t really sound like a pasture anymore does it?

The FDA says this is all in an effort to prevent the spread of salmonella to the food supply. But, all but one outbreak of foodborne illness since 1995 originated in factory farms.

Pastured hens are happier hens. These are not the “cage free” or even “free range” chickens in darkened and crowded hen houses, but chickens that are allowed to spend their days in the sunshine, scratching for food in the dirt as chickens have done for centuries.

While the recommendations were released last month and done in the name of food safety, research has repeatedly shown that pastured hens are safer than those raised in factory farm settings,  even when those pasture operations are large-scale, with more than 3,000 hens (the size recommended to follow the new guidelines).

According to the Pew Commission:

“Food safety is linked to the health of the animals that produce the meat, dairy and egg products that we eat. In fact, scientists have found modern intensive confinement production systems can be stressful for food animals, and that stress can increase pathogen shedding in animals.”

These factory farms don’t only put the animals and the public at risk, but the people who work there. Researchers with Bloomberg School of Public Health found 36.6% of workers within industrial livestock factories carried the deadly MRSA bacteria in their nostrils, compared with 19% of those working in antibiotic, free-range farms. Not to mention the exorbitant amount of antibiotics used on livestock (70-80%, are used for factory farm animals for both disease prevention and to stimulate unnatural growth) which leads to tainted meat and antibiotic-resistant bacteria strains.

If food safety was truly the main concern of the FDA or the USDA, things wouldn’t be as they are in the U.S. food system. We would have labels indicating genetically modified ingredients, we would be told of the health risks of additives and colors in our foods, and such toxins would be subject to at least as much criticism and evaluation as natural and organic foods.

For now, the new regulations are only proposed, not enacted. You have a chance to tell the FDA their attempt to prevent salmonella by making things more difficult for farmers practicing safe and sustainable agriculture are misguided. Let them know that factory farming doesn’t help anyone, too. Write to them here.