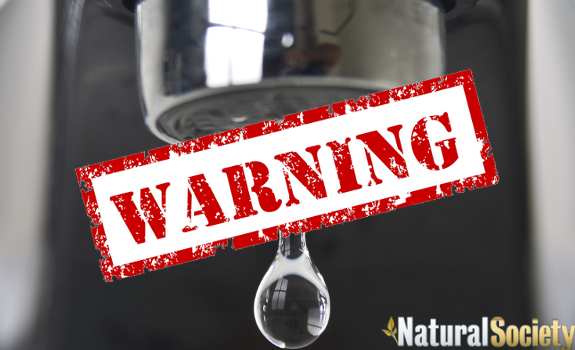 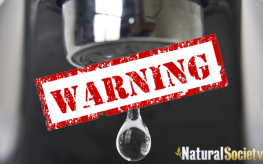 One of the most important things you can do to stay healthy and feel good is stay hydrated. But in a world where so much of the water is contaminated by pollution or supplemented chemical treatments, it’s difficult to know where to get the best water. A report earlier this year from the Environmental Working Group found that tap water may not be your best bet—determining every water sample they tested, from 201 city water systems in 43 states, was contaminated with “probable human carcinogens.”

The report, Water Treatment Contaminants: Forgotten Toxics in American Water, highlights the dangers of American municipal water systems and the toxic chemicals that are added to the water to “treat” contaminants. Yes, the things they add to the water to clean it up are the very things we need to be watching out for.

Namely chlorine, a disinfecting agent added to water to kill disease-causing microorganisms, is reacting with organic matter like sewage, manure, fallen leaves, and the like, to create potentially toxic and harmful chemicals.

According to the EWG report:

“This unintended side effect of chlorinating water to meet federal drinking water regulations creates a family of chemicals known as trihalomethanes. The Environmental Protection Agency lumps them under the euphemism “disinfection byproducts” but we call them what they are: toxic trash.”

These resulting trihalomethanes are partially regulated by the EPA, but it’s regulation doesn’t do enough. For one, the agency only regulates four members of the trihalomethane family when there are hundreds in the water. And as for these four types of toxic chemicals, regulations still allow their presence in the water at harmful levels.

Video: This is What Your Tap Water Looks Like

Numerous studies have found these chemicals to increase the risk of bladder cancer. Right now, the EPA limits the amount of trihalomethanes to 80-parts-per-billion, though research has tied bladder cancer risk to much lower amounts.

But, as the EWG reports, “trihalomethanes are just the tip of the iceberg.” More than 600 potentially dangerous chemicals are created when water treatment disinfectants react with pollutants in source water. These contaminants may be linked to birth defects, various forms of cancer, infertility, and more. Fluoride in particular has gained a lot of attention, mainly for it’s ability to reduce IQ.

The best thing you can do for your own health and the health of your family is filter your water. The EWG provides a water filter buying guide that details everything from pitchers to whole home systems.