8 Ways Corporations are Poisoning Our Food, Water, the Earth 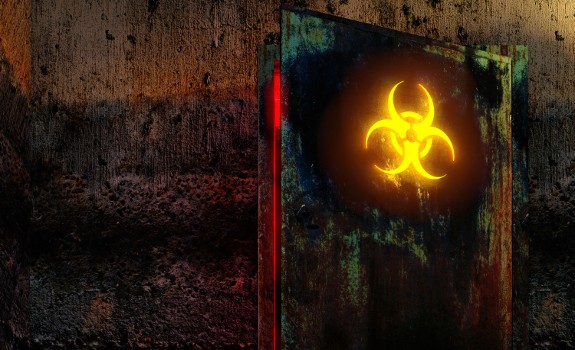 While we may be under the impression that our system of government is here to protect us, corporations—and the politicians getting paychecks from them—do a fair job of making that difficult. This manner of “legislative capture” is manifesting itself in a host of appalling ways far beyond those listed here. Here are 8 ways corporations are poisoning our food supply, humans, and mother Earth.

Sugary drinks, especially soda, run rampant in the U.S., with corporations shelling out millions to advertise to both children and adults. Kids are taking in 7 trillion calories of sugar each year from soda alone, with sodas making up 15-25% of the daily recommended caloric intake for kids aged 2 to 19. Sugar-sweetened sodas can contain upwards of 200 calories per can, but even artificially sweetened drinks should not be considered safe. Several studies show that artificial sweeteners—like cancer-linked aspartame—can contribute to tooth decay, obesity, kidney damage, and depression.

2. Bisphenol A and Other Chemicals in Canned Goods

BPA is a hormone disrupting chemical used in canned goods and plastic bottles. The chemical, which is labeled as “toxic” in other nations, had a chance to be banned of March 2012. In a move that angered activists within the US and even internationally, the FDA ruled against the ban. This ubiquitous chemical has been linked to:

3. Buying Out and Creating Organic Companies

You may not know this, but many organic companies are actually owned and operated by major corporations like Coca-Cola or Kellogg. Companies like Honest Tea and Odwalla may appeal to health conscious shoppers, but they are actually owned by Coca-Cola. Another popular ‘health’ brand is Kashi, owned by the Kellogg corporation. Some products from these companies may be ‘100% organic’, but do you really trust their labeling practices? Or perhaps more important, do you really want to give support to the corporate producer?

Further, these large corporations are buying out some of the companies many natural-health advocates have grown to love. One example is when New Chapter, a vitamin and supplement company offering worthy products since 1892, was bought out by mega-corporation Proctor & Gamble.

These days, physicians are a little stab-happy with their antibiotics, often to just please the patient with a medical solution (a placebo effect, if you will). But it could be setting us up for lifelong obesity – at least that’s what some research has to say. In addition to killing “bad” bacteria, antibiotics kill “good” bacteria in the gut, thereby disrupting digestion even in the long run. There’s also mounting evidence that antibiotics may be promoting diabetes and metabolic syndrome—but not killing the cold and flu viruses that parents think they are (antibiotics cannot kill viruses, only bacteria).

Last year, The Guardian wrote about 150 scientists and 50 farmers—including a former FDA commissioner—demanding that Congress regulate antibiotic use in livestock. The European Center for Disease Prevention and Control (ECDC) has even blamed overuse of antibiotics for the global resistance to antibiotics, which could make antibiotics futile against disease-causing bacteria. And this is not even considering the other ill effects antibiotics have on the animals we eat.

If you are into organic foods and have been following GM news, you know that the latest and greatest chance for GM labeling was with California’s proposition 37. Needless to say, the bill was not passed, but Prop 37 did teach us a lot about the interest of various companies and mega corporations. It was no surprise to see biotech giant Monsanto dish out over $4 million to fight the bill, but some people were surprised to see Naked Juice, Kashi, Cascadian Farm Organic, Honest Tea, and some others on the side of anti-GM labeling. As mentioned above, many of these companies are owned by corporations like Coca-Cola or General Mills.

They all support GM food, are anti-GM labeling, and subsequently support the use of herbicides and pesticides. Pesticides that are being used in greater amounts each day thanks to mutated insects that become resistant to Monsanto’s Roundup-ready GM crops.

According to numerous pieces of research, GM foods like Monsanto’s corn have been implicated of contributing to weight gain, organ disruption, tumor development and infertility in rats. Roundup—a glyphosate-based herbicide— is to thank for contributing to water pollution, resistant rootworms and superweeds, and environmental devastation.

Although technological products like cell phone towers and cell phones are hurting the bee population, herbicides, insecticides and pesticides brought to us by Bayer, Monsanto, and Dow AgroSciences appear to be the main culprits. It has been shown time and time again that these chemicals are ravaging these tiny insects that are essential for agriculture purposes and pollinating food crops.

“…a document was leaked revealing that a bee-killing pesticide put in use by the EPA may be to blame [for the bee decline]. Adding to the controversy, more records have emerged showing that the USDA was fully aware of the pesticide’s threat to not only bees, but humans…Neonicotinoids, the particular type of pesticides used, are absorbed systemically into plants, including the pollen and nectar. Once the bees begin to pollinate, they also absorb the insecticide, and die.”

Neonicotinoids have been banned in France and Germany, but not the United States.

If you purchase your meat from a grocery store instead of a farmer’s market or co-op, it was probably raised in a factory farm. Not only are these farms known for extreme animal cruelty (which many undercover videos have gruesomely pointed out), but they are also responsible for polluting groundwater, drinking water, and contributing to massive deforestation. Actually, they produce 100 times more waste than the entire U.S. population.

Run-off from these establishments as well as non-organic crops are contributing to blooms and dead zones in coastal waters. Earlier this year, a scientific paper argued against the case of factory farms feeding the world, but with the USDA and FDA deep in industrial farming’s pockets, it will take considerable time and effort before we see any changes.

35 responses to “8 Ways Corporations are Poisoning Our Food, Water, the Earth”