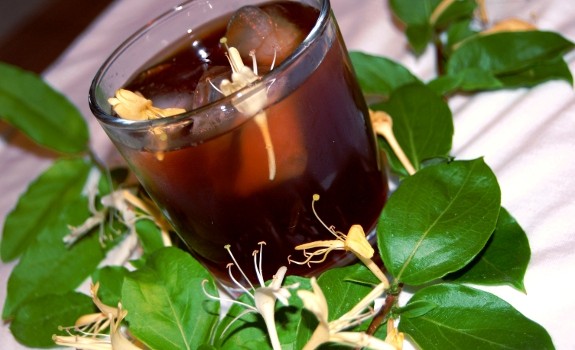 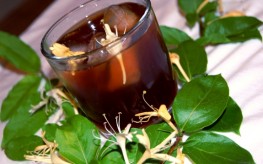 Western medicine has evolved tremendously over the years. While not perfect, we are in a better situation than 100 years ago when it comes to fending off disease. One of those primary advancements came in the form of antibiotics, able to treat numerous bacterial infections (though certainly not risk-free). Now, researchers from China have discovered what they call the first ‘virological penicillin,’ which may prove to be the next ‘antibiotic for viruses.’ Even better news, it comes in the form of a natural, ancient Chinese herb. Perhaps this is what we should have been researching for the next Ebola outbreak.

Eager to discover the virus-inhibiting properties of the honeysuckle plant (lonicera japonica), a team of researchers headed by Dr. Chen-Yu Zhang of Nanjing University in China has identified a molecule within the plant known as MIR2911 (honeysuckle-encoded atypical microRNA2911). This molecule is said to be the first active component directly targeting various influenza viruses, including the swine flu H1N1, highly pathogenic avian H5N1 and H7N9 infections.

Actually, the honeysuckle herb is a well-known natural remedy for numerous ailments. In Traditional Chinese Medicine, the plant has been used to treat influenza infection for centuries – effectively. This is now backed up by scientific literature, which have typically studied the herb’s effects while it was consumed in tea form.

But the way in which these anti-viral components and the mechanism by which they hindered the ability of a virus to replicate wasn’t known – until now.

The researchers have found that the MIR2911 molecule represses influenza viruses by two genes which are required for viral replication – PB2 and NS1. With its anti-viral activity against influenza viruses, MIR2911 and MIR2911-containing honeysuckle tea may just be the next effective therapeutic strategy that can be used to subdue deadly infections.

The scientists wrote the following:

“It is important to note that since Alexander Fleming discovered penicillin nearly a century ago, antibiotics have been developed to target various bacterial infections and have saved the lives of millions of people.”

“Unfortunately, no natural product that is effective against viral infection has been identified thus far. We suggest that as the first natural product to directly target influenza A viruses, MIR2911 is the ‘virological penicillin’ that serves as a novel therapeutic and preventive agent against not only influenza A, but potentially also other types of viruses.”

The paper’s abstract, published in the journal Cell Research, concluded:

The study demonstrates how a natural product can directly target a virus. Surprising? When you see how individuals have used vitamin C to tackle Ebola, or how some have used cannabis to treat cancer, it isn’t so crazy to find such a solution in an ancient herb used medicinally for centuries.

The next step? We need to test this research against human trials. Then we can truly see the anti-viral power of the honeysuckle.