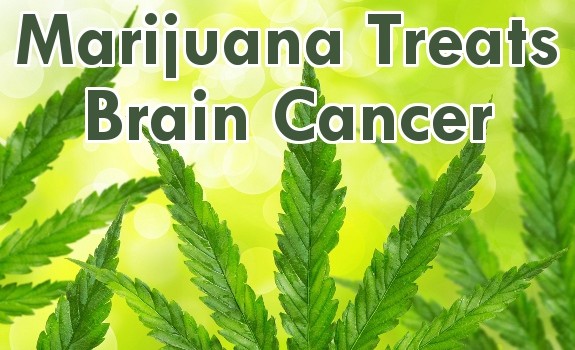 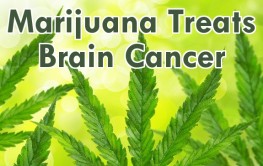 We are living in exciting times in regards to cannabis. As public opinion on marijuana is changing, the laws are following suit, and we are seeing more and more studies evaluating the benefits of this healing plant. Some of the most remarkable research is on the topic of cannabis and the treatment of cancer, especially brain cancer.

Repeatedly, we are seeing that the various medicinal compounds in cannabis could be used to halt tumor growth, kill tumor cells, and do so without the negative side effects so often associated with conventional cancer treatments. Those who oppose the use of marijuana as medicine are not looking at the growing body of research which has proven its value. If they were, they would have to admit defeat.

Here are 4 studies proving that marijuana can be used to treat brain cancer:

1. “Nonpsychoactive CBD was able to produce a significant antitumor activity” – Italian researchers published a study in The Journal of Pharmacology and Experimental Therapeutics which tested cannabidiol on human brain tumor cells. They found the non-psychoactive cannabis compound to have  detrimental effects on the viability of these cells, inhibiting their growth “significantly”.

2. “The combined administration of TMZ and cannabinoids could be therapeutically exploited for the management of GBM” – Another study, published in the journal Molecular Cancer Therapeutics, built off the knowledge of cannabis having anti-tumor effects and found it could be the answer to the increasing number of treatment-resistant cancers.

3. “The cannabinoid system can serve to protect the brain against neurodegeneration” – The Journal of Neuroscience contains another study from 2001 in which THC-treated rats received neuro-protective benefits. Neuro-degeneration refers to progressively worsening brain function commonly found in age-related dementia but also when the brain is damaged. The researchers found that rats treated with THC (the compound in marijuana that makes you high) were protected against such damage, indicating it as a potential solution for slowly progressive neurodegenerative disease and also acute damage that could occur as a result of directed tumor treatment.

4. “The fair safety profile of THC…with its possible antiproliferative action on tumour cells…may set the basis for evaluating the potential antitumoral activity of cannabinoids” – Finally, a study found in the British Journal of Cancer found that THC and other cannabinoids were able to inhibit the growth of brain tumors. In two out of nine patients, the compounds were able to decrease the number of tumor cells, all without psychoactive effects.

These four studies only represent the tip of the iceberg when it comes to the healing powers of cannabis. Other research has linked the plant to breast and prostate cancers, seizure disorders, Alzheimer’s, depression and anxiety, and even drug treatment.