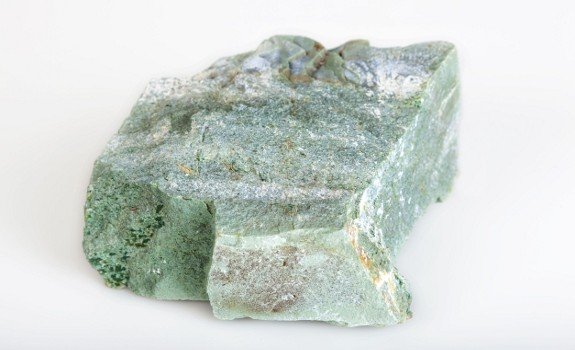 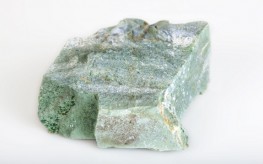 If you’ve been tracking alternative health news here on Natural Society or elsewhere long enough, you should be well aware of how ubiquitous heavy metals are in our environment and foods. You should also know that they are toxic, and tend to get trapped in our body tissues. NaturalSociety has already unveiled numerous ways to detox heavy metals from the body, but let’s add another detox agent to the list – zeolite.

Mercury, aluminum, and lead all cause neurological damage. We are all exposed to them from medical and dental applications, processed foods, old paint coverings and plumbing, industrial waste pollutants, and even chemtrails. Heavy metal molecules tend to be stubbornly enmeshed in internal tissue matter or remain in the blood because they cannot be metabolized or filtered out easily by the liver and kidneys or eliminated through the skin with perspiration. This situation leads to long term bad health issues, DNA damage, and disease. It is essential to detox these heavy metals out to experience enhanced health.

Any kind of detoxification, even sweating, lifts some burden off of the body’s immune system and encourages internal organ homeostasis (balance) to occur and promote healing. People who are ill get well, and people who are not apparently ill feel younger, stronger, and happier.

But sweating alone is probably not enough. You may have heard of chelation therapy, which is pricey, a tad risky, and requires a medically trained person to administer. What about detoxing from heavy metals and other toxins at home cheaply? You can try consuming these 6 foods for heavy metal chelation, or you could try utilizing the inexpensive solution below.

Zeolite to the rescue. Unfortunately, zeolite’s reputation may have been tarnished somewhat by pricey multilevel marketing (MLM) companies who claim to have the best  liquid zeolite. I was involved with a couple of them years ago. The thing about liquid zeolites is that they are heavily processed from volcanic mineral rocks with extreme heat and acids. So their detox results are questionable.

Zeolite particles are negatively charged nano-cages. Each tiny cage has a negative charge to attract positively charged heavy metals out of tissues and blood and into those cages. Then the cages are eliminated through normal bodily functions without endangering other tissue.

While the ingested-with-water zeolite is slowly traveling through the small intestines, the millions of tiny hair-like intestinal villi are coated with the zeolite. The villi are the nutrient absorbing gateways from the intestines to the bloodstream. From there the blood gets purified by zeolite without crossing the blood brain barrier.

The mechanics of this process eliminates the possibility of toxic materials re-entering other organ tissues after being flushed out. It’s truly a chelation process.

Adsorption is the process of electronically attracting and binding rather than absorbing like a sponge. So zeolite adsorbs and chelates heavy metals.

That’s why the easily internalized adsorbing, chelating activity of zeolite is so vital for optimum health in today’s toxic world.

In addition to removing toxic heavy metals and other chemicals, zeolite tends to raise overall pH with higher alkalinity. It’s been (arguably) strongly established throughout all medical worlds that low body pH or acidity is the “stagnant water” that attracts pathogens to flourish as well as creating an unusual type of cellular metabolism called cancer.

Zeolite also helps you eliminate radiation poisoning, another increasingly ubiquitous menace throughout the world. The Russians gave zeolite freely to children who were exposed to Chernobyl’s radiation from that reactor’s disastrous meltdown.

Some people are concerned with zeolite’s technical description as a porous crystalline aluminosilicate. However, the aluminum in zeolite is bound with silica. Unbound free aluminum is toxic, but bound within a compound molecular structure it’s harmless. Instead, it removes unbound aluminum toxins from the body.

Many individuals who have tried using zeolite in rock powder form have obtained a sense of improved health, well-being, and mental clarity that was almost forgotten.