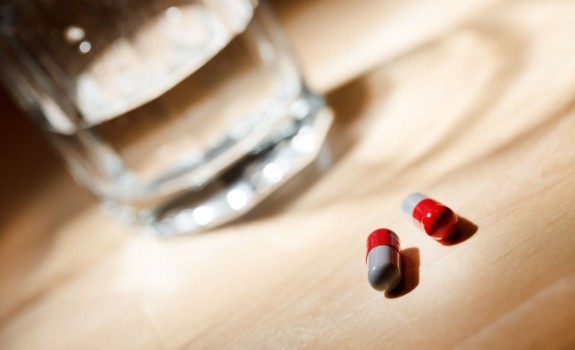 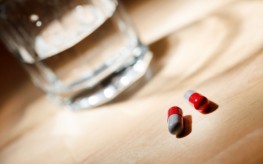 Regardless of what members of the medical monopoly bound by Big Pharma reveal as dangerous or fraudulent, their viewpoint still holds pharmaceuticals as the only medicine that works, never mind herbs, alternative medicine, whole organic foods, and supplements.

That’s the medical monopoly mindset, which is shared by both innocent ignorant believers, whose livelihoods depend on doing what they’re told while practicing denial, and the duplicitous manipulators who control the snake oil show and benefit the most.

A slight crack appeared briefly in their medical arrogance, however. Researchers from Stanford Medical School created databases that prove there are five times more adverse effects from pharmaceuticals than displayed or publicized.

The researchers created a computerized dual database system to analyze data from the FDA’s Adverse Event Reporting System (AERS). Their observation that safety trials are conducted on the public after a drug hits the market is noteworthy.

They also mentioned that clinical trials for obtaining FDA approval are insufficient for assuming safety for everyone within all situations. However, their viewpoint is still locked into that medical monopoly mindset mentioned earlier.

The Stanford research is an attempt to provide more knowledge for better prescription advice to minimize side effects. But there is no concession to any other modality of medical treatment. In other words, they want to clean up their act a bit, but not fold up their snake oil wagons to move on and let others show their wares.

Efforts to Clean Up Their Act Are Shallow and Limited

Over a decade ago the Journal of American Medicine (JAMA) reported that the fourth highest cause of death was properly prescribed pharmaceuticals. In 2000, JAMA published an even more damning medical death report by Dr. Barbara Stanfield of John Hopkins University called “Is US Health Really the Best in the World”. Dr. Stanfield commented in a 2009 interview: “Since the commentary was written, many more dangerous drugs have been added to the marketplace.”

These reports don’t include over-the-counter-drugs that also contribute to a high adverse reaction toll, even deaths. Instead of confronting these statistics, the FDA and AMA engage in marginalizing and suppressing other healing modalities that are safe and effective by claiming they’re dangerous.

Dr. Ray Strand, author of Death by Prescription asserted in a 2005 interview that the FDA should demand adverse effect reports from medical professionals, the way it’s done in Europe and the UK, and clinical trials should be funded by the government instead of Big Pharma’s vast financial resources.

Currently, reporting to AERS is voluntary in the USA. Many health experts estimate that only 1-5% of actual adverse effects get reported.

So, the Stanford study, while laudable considering it’s from within the medical monopoly system, is based on AERS data that contains a small fraction of actual adverse effects.

This excludes the vast numbers of vaccine related adverse effects and the sad story of fluoroquinolone antibiotic victims who were prescribed Ciprofloxacin (Cipro), Levaquin, Avelox, or Tequin.

If you or someone you know has suffered neurological and muscular disorders after using any of the above antibiotics or other fluoroquinolone based drug or anesthesia, here’s a support group site.

Dr. Russell Blaylock, author of Health And Nutrition Secrets That Can Save Your Life once explained that doctors don’t report adverse reactions to AERS because they don’t want to be associated with causing harm or imply culpability.

Apparently, even though doctors are protected by the “standard of care” principle that protects them from from liability for using AMA approved applications and FDA approved drugs, most prefer denial to rocking the boat and potentially jeopardizing their medical careers.

Funding for trials is provided by pharmaceutical companies who pay the FDA for their approval. Besides being an easily corruptible system, it keeps out the real innovators who lack the funds necessary for bringing their remedies or techniques into acceptance.

Minor kudos to the Stanford team because their efforts were aimed only at improving synthetic drug pharmacology. Naturally, the conspicuous negative statistics were ignored by the media the same way Dr. Stanfield’s report was.

In a saner world, it would be better to simply enforce anti-trust laws to the medical monopoly, if there are still any enforceable anti-trust laws in the books. That would allow “alternative” (real) medicine to come to the forefront.