Push ‘Benefits’ of GMO Crops, a Report from the UK Says 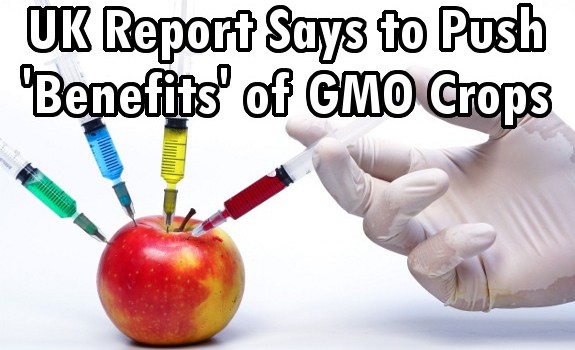 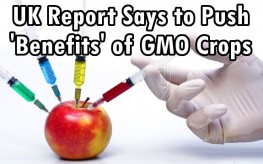 A report from the UK House of Commons on Food Security by the Environment Food and Rural Affairs (EFRA) Committee supports the British government’s plan to push genetically modified crops on England, without really telling the people which crops would actually be sown.

The report also suggests telling the public about ‘possibly beneficial impacts’ of GMOs, yet fails to talk about the fact that biotech seeds which would be planted would require heavier levels of Monsanto’s RoundUp, as well as other herbicides, in order to successfully grow. The report also does not discuss the impacts of organic farming throughout England, which are great.

The Soil Association points out where the UK contradicts itself, stating that:

“In non-organic farming around 31,000 tonnes of chemicals are used in the UK each year to kill weeds, insects and other pests that attack crops. Organic farming uses mainly natural methods, developing good soil and healthy crops which have a strong natural resistance to pests and disease. The UK government has said that organic farming is better for wildlife, causes lower pollution from sprays, produces less carbon dioxide and fewer dangerous wastes.”

“RoundUp Ready GM crops are the crops which could be grown in England perhaps as early as next year. Blanket spraying of these crops with weedkiller would lead to massive loss of habitat for birds and butterflies and a plague of superweeds for farmers. The costs of segregating GM and non-GM would push up food prices for everyone, and non-GM farmers would lose out financially if their conventional or organic crops become contaminated”.

Two of biotech’s biggest companies have their own GM maize ready to unleash on the UK market – Monsanto and Syngenta’s Roundup Ready GM Maize (NK603 and GA21) – have already had their ‘risk assessments’ completed and are awaiting finalization for release. Monsanto has stated that it would withdraw its request for approval in the EU for this crop, but they have failed to do so.

Bt crops which are also awaiting government approval are also not appropriate for growing in the UK. They have already been shown to have a high failure rate, and they cause damage to the environment which cannot be eradicated, often for decades. Birds, bees and butterflies have been damaged by biotech’s famous creations. Were they to be unleashed in the UK to the same degree they have in the US, we would likely see similar devastation of ecosystems and pollinating insects.

Furthermore, the UK government has no plans to prevent cross-contamination of GM crops and non-GM crops, which is a growing problem around the world.

“When GM crops are planted they contaminate other crops with transgenic material. In places where GM crops are grown on a large scale, it has already become almost impossible to find crops of the same species that are free of GM material. And the contamination spreads even to areas where GM crops are not officially permitted. [1] The GM Contamination Register, managed by GeneWatch UK and Greenpeace International, has documented more than 216 cases of GM contamination in 57 countries over the past 10 years, including 39 cases in 2007. [2]”

The EU offered an ‘opt out’ proposal back in June, and now ministers in the European Parliament will be able to speed up approval even while the country is largely against GM cultivation. The ‘opt out’ is currently being taken by Scotland and Wales, which will ban certain GM crops being cultivated in their fields, but the UK government wants to give biotech the go-ahead in a hurry to start planting RoundUp Ready and transgenic crops.

The overall strategy of the UK government is not to mention RoundUp, glyphosate, bee and butterfly deaths, or other serious health risks, but rather to simply tout the ‘benefits’ of growing GM. They are also going to conscientiously try not to mention the multinational companies which are essentially poisoning the planet with massive amounts of chemicals and seed monopolies. Precision farming technology is highlighted in the report, as is sourcing food locally, but if that food is GMO, who wants to eat it?

“It is a pity that these valuable recommendations on food security are likely to be drowned out by this Committee’s misleading claims on GM crops” said Dr Wallace. “Reducing dependency on imported GM soya, used to feed animals in Britain, would be a big step forward in making our food supply more sustainable and secure”.

5 responses to “Push ‘Benefits’ of GMO Crops, a Report from the UK Says”