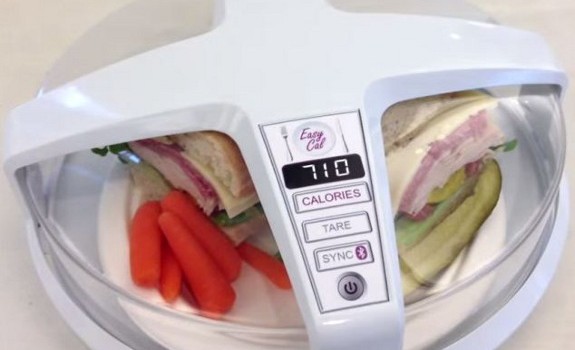 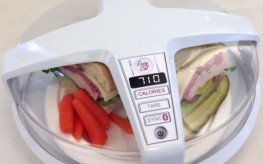 Researchers for General Electric are working on a new device that could be a dieter’s dream: a machine that will instantly analyze how many calories are in a plate of food. The device will ideally fit directly over your plate, sending microwaves into your meal, and provide a digital read out of the caloric content. While still in the development stages, you can bet we haven’t even begun to hear the criticisms of such a machine.

According to the Daily Mail, the device prototype still looks like a piece of lab equipment, but will eventually look like a plate-shaped dome with an electronic display.

It emits microwaves, which enter the food and analyze the content of fat and water molecules. Using specific equations, the machine determines the caloric content without having to take individual foods into consideration.

“You can do this because water and fat interact with microwaves very differently,” said creator Matt Webster to Digital Trends.

The equation used by the machine to estimate calories is one that reportedly took 3 years of development. It’s because of this that the machine doesn’t need to know anything about the sugar, carbohydrate, or protein contents of the meal.

“The equation takes the fat, water content numbers, and assume values for the rest,” said Webster, who refused to provide details on the equation itself.

Though while the device doesn’t emit enough microwaves to heat the food, one does have to wonder the impact of such rays being passed through a meal before it is consumed. 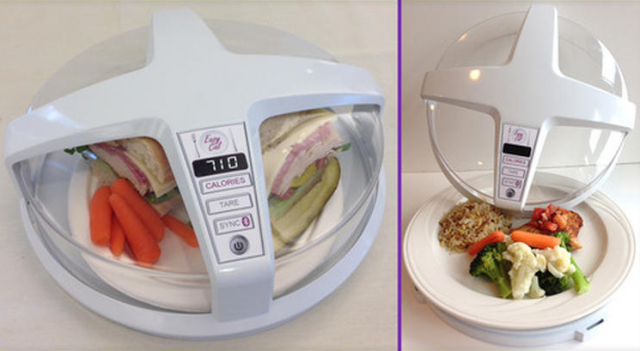 As Mike Barrett reported a few years ago, microwave ovens are perhaps one of the most controversial things in modern kitchens (second only to the food).

“There are no atoms, molecules or cells of any organic system able to withstand such a violent, destructive power for any extended period of time, not even in the low energy range of milliwatts… This is how microwave cooking heat is generated – friction from this violence in water molecules. Structures of molecules are torn apart, molecules are forcefully deformed (called structural isomerism) and thus become impaired in quality.”

Hertel, and countless others, maintain that microwave cooking can have serious implications on our health. And though this new calorie-counting device uses less radiation, they will likely weigh-in on it’s potential dangers as well.