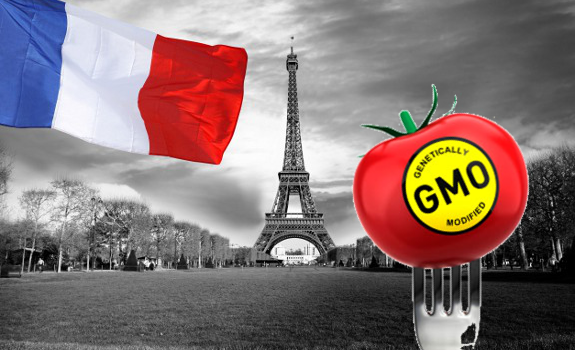 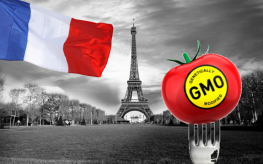 You don’t have to remain in the stranglehold of EU trade rules when it comes to GMO if you have a political ministry, and activists strong enough to stand against GMO poison – and that’s just what France has done.

Just recently, France’s agriculture ministry  – the equivalent of the US Department of Agriculture (USDA) – banned the sale, use, and cultivation of Monsanto’s MON 810 GMO maize. This is the only genetically modified crop currently authorized by the European Union who plans to promote it in poor countries, like Africa, among other trade routes.

France’s decision to ban MON 810 is also a beautifully orchestrated slap in the face to the Chief of Science, Anne Glover, who has stated on record that, ‘GMO has no adverse effect on human health.’

The French are standing strong against biotech and Big Ag monopolies meant to get a foothold wherever they can – even in the Ukraine and Russia. The French have wisely maintained that GM crops present serious health and environmental risks, even after two high courts previously struck down their attempts to ban this poison seed from fertile fields.

This decisions is timed to prevent any new GMO seed being sewn before Spring planting which usually happens in the later part of March,  and a draft law is debated on April 10 which bans GMOs completely.

“The sale, use and cultivation of varieties of maize seed from the line of genetically modified maizeMON 810 (…) is banned in the country until the adoption, on the one hand, of a final decision, and secondly, of (EU) community action, ” said a decree published by French officials.

Longstanding disagreements between EU countries were again sparked in February when they failed to agree on whether or not to approve a GMO maize variety, Pioneer 1507, developed by DuPont and Dow Chemical, leaving a precedence for the EU Commission to clear its cultivation.

France is trying to win support to overhaul the EU rules, and the rest of the world can stand behind this noble cause.