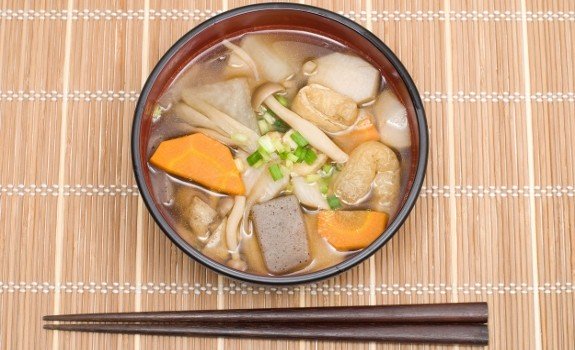 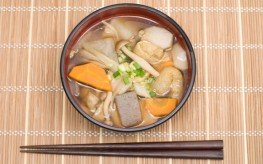 Researcher Hiromitsu Watanabe of Hiroshima University has published a startling study in the Journal of Toxicologic Pathology about a simple soup – miso – and how it can protect you from radiation exposure. This savory dish often enjoyed at sushi restaurants, while consumed by Asian cultures for centuries, might just be the answer to recent radiation exposure at Fukushima.

The site of a recent nuclear reactor mishap is still leaking tons of radioactive water into the Pacific Ocean. People in its wake, from Japan to Hawaii, and all the way to California, are still concerned about the true levels of radiation being reported, suspecting that they often underestimated – which they are. In an ironic turn of events, officials fighting the toxic leaks at Fukushima have turned to the US firm that produced plutonium dropped on Nagasaki for advice on a ‘cocooning’ safety process to halt the leaks.

Read: Use Flaxseeds to Protect Against Radiation Exposure

In the meantime, this horrid disaster can be mitigated, at least to some degree, by a simple soup made of a delicious, fermented broth called dashi. Miso soups are made of different things depending on the location in Japan, but most commonly is a mixture of niboshi (dried sardines), kombu (dried kelp), katsuobushi (shaved pieces of bonito or skipjack tuna), a fermented mixture of soybeans with rice, wheat or oats and dried shiitake mushrooms. The soup also contains vitamins, microorganisms, salts, minerals, and plant proteins. In vegetarian versions only the kelp and shiitake form the broth.

Not only does Watanabe’s study point out the efficacy of miso as a treatment of radiation injury, but also as a way to successfully mitigate cancer and hypertension. Misos used in a study with mice, that had the longest fermentation period (180-days), increased survival time significantly. Colon cancers, azoxymethane (AOM)-induced aberrant crypt foci (ACF), breast tumors, gastric tumors, and lung tumors were suppressed with miso treatments. Even though miso is known for high sodium content, blood pressure in the rats was stabilized.

Miso was also studied after the atomic bomb was dropped on Nagasaki, by a physician named Tatuichiro Akizuki. Even though he and 20 other employees were in Nagasaki treating patients with acute tuberculosis, they did not develop radiation disease. He figured out it was because he and his staff consumed large amounts of wakame miso soup. Wakame is a type of seaweed that has also been shown to help reduce radiation damage.

When a Chernobyl-like nuclear power plant accident happened in the Ukraine in 1986, many Europeans consumed miso soup as a preventative measure to guard against radiation disease. It was these historical accounts of miso being an effective radiation therapy which inspired the more recent study.

11 responses to “Miso Soup Found to Protect Against Radiation Exposure”