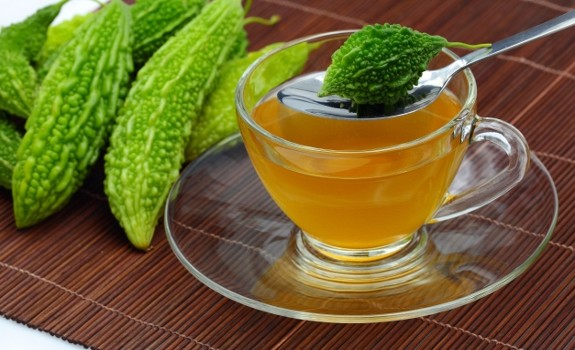 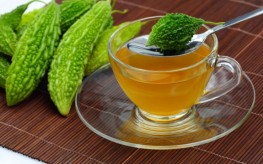 Bitter gourd, also known as karela or bitter melon, is a vegetable found all over Asia with some newly proven, astounding health benefits. A study published in the scientific journal Carcinogenesis has shown that bitter gourd juice restricts the ability of pancreatic cancer cells to metabolize glucose, and in the process cuts off the cancer’s energy source, effectively killing them.

Anomalous cancer cells in the pancreas have no chance to grow with bitter gourd, but the fruit also helps to regulate pancreatic secretions, an important function that many diabetics have trouble doing on their own.

Rajesh Agarwal, PhD, co-programme leader of Cancer Prevention and Control at the Colorado University Cancer Center, said that these findings were due to an ‘alteration in metabolic events in pancreatic cancer cells and an activation of the AMP-activated protein kinase, an enzyme that indicates low energy levels in the cells.’

Similar studies done three years ago had shown that breast cancer cells could not survive in a petri dish with bitter gourd juice. Many people in Asia already consume bitter gourd juice in large quantities, and this may indicate the lower rates of many types of cancers.

Many diabetics eventually also suffer from pancreatic cancer, and bitter gourd has been shown to effectively control type-II diabetes with promising success. The bitter gourd has also been used as a folk remedy for this ailment for thousands of years in both India and Asia. Agarwal and his colleagues were interested in ‘cutting out the middle man’ between diabetes and pancreatic cancer, and this is how the experiment with bitter gourd juice was inspired. In diabetics, bitter gourd effectively regulates the secretion of insulin by the pancreas’s beta cells.

Mice that were fed bitter melon were 60% less likely to develop pancreatic cancer as well. Further research conducted (Oishi et al. 2007, Kumar Shetty et al. 2005) has shown that glucose metabolism begins in the gut, and as carbohydrates and sugars are metabolized to glucose before leaving the gut, bitter gourd reduces the amount of sugar (glucose) released into the body by inhibiting enzymes that break down disaccharides to two monosaccharides.

“Bitter gourd can influence the transport channels for glucose, which also reduces glucose transport into the blood (Singh et al. 2004). This effect is important for the treatment of both Type I and Type II diabetic patients and helps to prevent high blood sugar levels after meals.”

Instead of utilizing cancer drugs that cause expensive chemo and radiation treatments or decidedly unsavory side effects, people can consume bitter melon juice to help support the overall health of the pancreas and prevent both diabetes and pancreatic cancer.