Vitamin D Shown to Protect Against Harmful Effects of Radiation 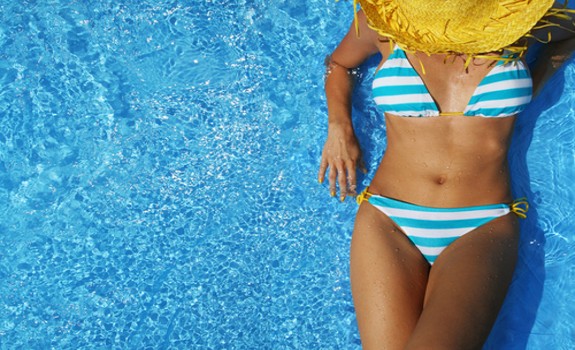 Radiation can cause cancer; this isn’t news. But for many people, the fact that vitamin D can protect against this and other harmful effects of radiation is news. Adding radiation-protection to the lengthy list of vitamin D benefits means that if you haven’t already, you may want to consider basking in the sun for a little bit for serious disease prevention and boosted health.

Protection Against a Variety of Radiation Damages

“Our general understanding and appreciation of the multifaceted protective actions of vitamin D have recently entered a new era,” says Dr. Daniel Hayes, “It is now becoming recognized that its most active molecular form, 1,25-dihydroxyvitamin D3, may offer protection against a variety of radiation- and otherwise-induced damages.”

Hayes is a radiological health expert and has published papers on the use of vitamin D in radiation protection. He says that D3 (calcitriol) may protect us in case of a low-level nuclear event. If it’s sub-lethal (less than deadly) exposure, vitamin D3 may be able to help protect against resulting cellular damage.

According to ScienceDaily, Hayes’ research indicates D3, the biological form of vitamin D, is involved in cell regulation and controlling proliferation (cell growth and reproduction which is out of control in cancer cells). He says it also helps regulate communication between cells and programmed cell death.

“As will be proposed and developed, vitamin D, with its preventative/ameliorating actions, should be considered among the prime (if not the primary) nonpharmacological agents that offer protection against sublethal low radiation damage and, in particular, against radiation-induced cancer,” says Hayes.

What does this mean for you? It means that having optimal levels of vitamin D could keep you healthy in the event of a nuclear event and subsequent radiation exposure. Getting sunlight is the best way to increase your vitamin D intake. But, supplementation is also possible.

Be wary, though, of vitamin D2, another form of vitamin D supplement and the kind that foods are often “enriched” with. D2 is synthetic and is far less useful by your body. Still, D2 is usually the one that “traditional” medical doctors will opt for. Here’s a bit more information regarding vitamin D3 vs vitamin D3.

Vitamin D deficiency has been linked to a variety of health concerns including an increased risk of Alzheimer’s, psoriasis, kidney disease and diabetes, gum disease, and heart disease. Now we can add protection against the harmful effects of radiation to the list of possible benefits.