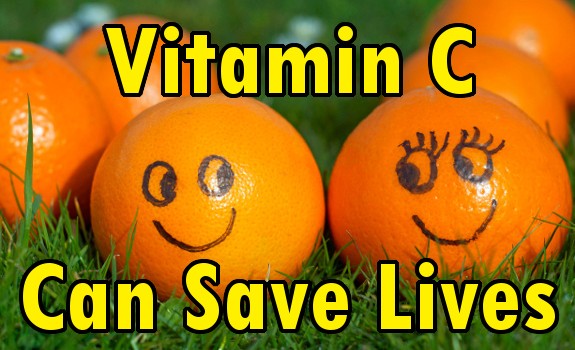 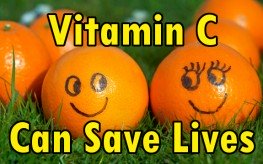 Heavy doses of vitamin C have helped countless individuals solve their health issues, and have even rescued many from the brink of death. The larger doses are usually injected as ascorbic acid or drip-delivered intravenously (IV). I’m not talking tablets for colds here. Mega-dosing vitamin C has treated terminal pneumonia, polio, and controversially, even cancer.

Prior to LET (liposomal encapsulation technology), mega-dosing vitamin C was not so accessible; most doctors don’t believe in it. But LET allows six grams of orally ingested vitamin C to have the clinical results of 25 to 50 grams of mega-dose IV C.

Liposomal C lipid encapsulated ascorbic acid molecules penetrate cells much better than the aqueous vitamin C from IVs and injections. And liposomal vitamin C is much less expensive and more accessible, even online, than IV treatments. The ‘curing’ capacity may surprise you.

Dr. Andrew Saul, Ph.D, revealed how he treated his viral pneumonia in three hours with vitamin C. Dr. Saul wrote the books Fire Your Doctor and Doctor Yourself, and has a website of the same name. The amount Dr. Saul used on himself was outrageous, but his pneumonia was gone in three hours.

Nowadays, liposomal vitamin C can do more with less. Pneumonia is among the top ranked killer diseases in the world, and is the leading cause of death in children worldwide . Much of the CDC’s bogus annual flu death statistic is from flu complications that lead to pneumonia, which is usually the killer. Here’s Dr. Saul’s audio interview on his self-cure of viral pneumonia.

Another fantastic, more highly publicized vitamin C treatment took place with Alan Smith of New Zealand a few years ago. He was so bad off with double pneumonia, in addition to leukemia, that the hospital was about to pull the plug on his life support when the family intervened by insisting on trying mega-dose IV vitamin C.

After Alan had recovered enough to breathe on his own, the hospital reneged on administering IV vitamin C in large therapeutic doses. The family found Lypo-Spheric liposomal C, and after six days of feeding it to himself, Alan walked out of the hospital.

Here’s a 17 minute segment of the New Zealand 60 Minutes TV News program that featured the story in a way that made the hospital doctors look like jerks. The Lypo-Spheric brand liposomal C appears around the 15 minute mark.

During the 1940s and “50s, when polio was very common, a small North Carolina MD, Dr. Frederick Robert Klenner, routinely treated pneumonia and polio patients both in his small office and the nearby hospital where he had practitioner privileges. His 1949 Atlantic City AMA conference presentation with documented case histories was ignored.

Dr. Klenner asserted, “When proper amounts are used, it will destroy all virus organisms. Don’t expect control of a virus with 100 to 400 mg of C”. He also added, “Some physicians would stand by and see their patient die rather than use ascorbic acid because in their finite minds it exists only as a vitamin.”

Dr. Klenner explained his vitamin C protocols for several diseases and his case papers, and notes culled from over 30 years of applying vitamin C therapies are summarized by Lendon H. Smith, M.D. It’s available for you here.

And here’s a super bonus – a free read of biochemist Irwin Stone’s book based on 40 years of vitamin C research, The Healing Factor. Download the book here.