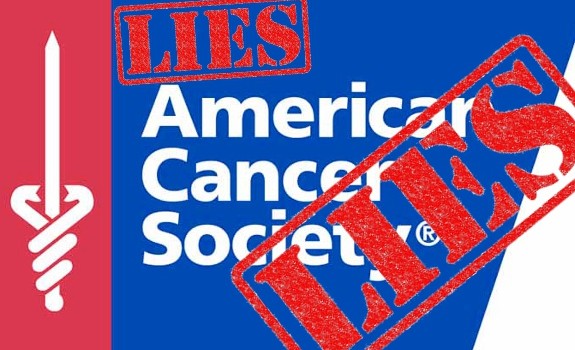 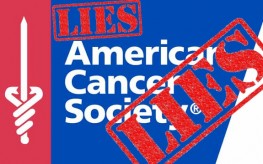 We can thank Samuel S. Epstein and many others for shining a light on an institution that is more concerned with lining their pockets than stopping cancer – the American Cancer Society (ACS). Hopefully, after reading highlights from this more than 100-page document outlining the shady dealings of the American Cancer Society with Big Pharma and its neglect in discussing environmental factors which add to cancer rates, you will boycott them all and leave them with nothing but lint in their pockets.

It’s over-reported news by now, that the cancer industry is a multi-billion dollar cash machine. The only way that machine can keep running is when information – such as the ways natural solutions like soursop fruit or turmeric can halt cancerous cell growth – is suppressed, and instead, the agenda’s of large multi-national corporations who stand to make money off of people’s illnesses get their message to the masses. One of the institutions helping Big Pharma get their backwards message of radiation and chemotherapy as cancer solutions to the masses is the ACS.

The American Cancer Society also promotes companies who make cancer drugs, and totally skip over some of the natural and simple treatments that are offered by Mother Nature. It doesn’t do a single study on how GMOs affect cancer rates, or other environmental toxins – like oil spills, chemtrails, polluted water, etc. The company has close ties to the makers of mammography equipment as well. They also receive financial support from the biotech industry, cosmetic companies, the junk food industry and petro-chemical companies.

Just one example of how the ACS is corrupt can be seen with their ‘awareness’ push for breast cancer. Big pharma giant AstraZeneca has made multimillion dollar contributions to ACS, influencing just about everything that the ACS does – every poster, leaflet or commercial product about Breast Cancer Awareness you can think of. These publications focus almost exclusively on mammography and don’t mention a word about carcinogenic foods, chemtrails, aluminum in deodorants, or antiperspirants.. There is no spoken word of breast cancer prevention via natural, inexpensive means, while touting the ‘cure’ of mammography and cancer drugs.

Is this really the organization you want to get your anti-cancer advice from? In this crazy world, you have to always be aware of the money trail. It pervades almost every industry, and keeps real, helpful information from being disseminated to the masses. Instead of listening to the ACS, try reading some of these articles instead about natural cancer cures: