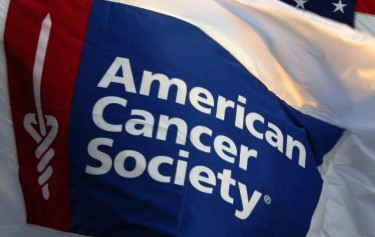 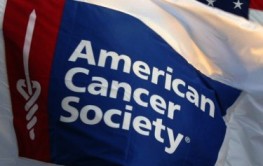 Did you realize that all conventional methods of killing cancer have only a 3% overall ‘cure’ rate? Chemotherapy and radiation not only have low cure rates, but they also kill healthy cells and often make cancer worse, when this is completely unnecessary because most cells can be reverted into healthy, non-damaging cells with the right treatment.

That’s not something the American Cancer Society (ACS) and Susan G. Komen for the Cure want you to know, though. They are in bed with Big Pharma, and financed by the legacy of John D. Rockefeller who started the ACS in 1913.

The ACS was begun as a business model – not a means to ‘cure’ people from life-threatening illness. It’s also a brilliant way to wash dirty money. The ACS, in fact, receives more money in contributions every few minutes than the Independent Cancer Research Foundation (ICRF) (which has 90% ‘cure rates’) receives in a full year!!

Squibb, another Rockefeller-controlled company, made not 6%, but 576% on the actual value of its property in 1945. At this time, the Army Surgeon General’s Office and the Navy Bureau of Medicine and Surgery were also heavily promoting vaccines to the tune of 200 million ‘shots’ per year.

Read: Greed – Why An Accepted ‘Cure’ for Cancer Won’t be Found

The Rockefeller Foundation itself was also set up in 1904 by something called the General Education Fund – which we can only assume now was meant to ‘educate’ the masses in illness and death.

By May of 1915, the Supreme Court tried to stop this illegal drug racketeering, but even though the trust was ordered to be dismantled, the Rockefellers were already above the law.

It is this very unsavory history that has brought us to the pharmaceutical paradigm we are mesmerized with today. Sadly, our government Supreme Court, minor courts, and politicians somehow decided ‘if you can’t beat them, join them,’ and now we have – from teaching hospitals and universities, to research endowments and 501c3s, promoting a 3% ‘cure’, when there are abundantly better ways of treating cancer.

The industry tried very hard to discredit the studies of Dr. Royal Rife, who discovered that cancer could be treated more holistically. The AMA had a field day with his 1987 book, entitled The Cancer Cure That Worked. In 1934, Mr. Royal Rife and his associates opened 2 small clinic in California and treated sixteen cases of cancer with treatments that lasted only three minutes. Rife’s treatments rendered no adverse side effects and were 100% effective, but his is not the only story of successful cancer treatment that has been suppressed.

Since the 1900s, multiple cancer treatments that cost little or nothing have been suppressed by the legacy of the Rockefeller’s shady business. From cannabis oil miracles to Essiac tea, as soon as someone starts to interfere with Big Pharma’s money with sound solutions, you can bet they are getting a one-way ticket out of town, harassed, smacked with lawsuits, and even pronounced the sentence of death.

It is time to end their reign. They are not kings, but criminals.