Could the Tropical Fruit Soursop Be a Solution to Cancer? 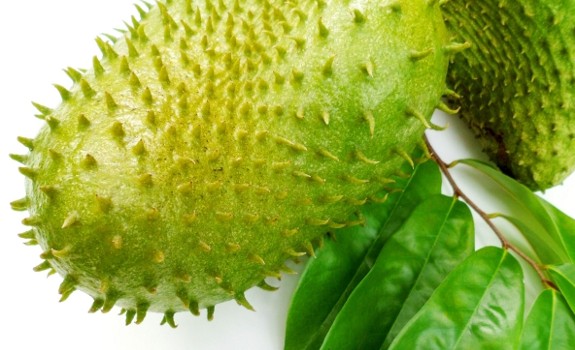 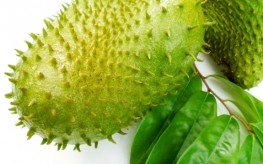 As man struggles in labs to create something that may successfully treat cancer without killing patients, effective and healthful treatments wait in nature to be discovered. But while Big Pharma scientists toil and have nothing to show for it but drugs that are as harmful as they are helpful, some researchers are looking for those natural solutions that could hold the key to something as deadly as cancer. Enter the exotic tropical fruit: soursop.

A truly tropical fruit, soursop (also known as graviola, guanabana, and guyabano) is a large and unassuming healer. Research over the past few decades have indicated it has amazing anti-cancer properties. Yet many people have yet to hear about the health benefits of guyabano.

The first promising study of soursop occurred in 1996 when researchers found a compound extracted from the fruit was deadly to cancer cells but allowed healthy cells to live. They discovered not only did the compound selectively annihilate cancer cells, but it did so at a rate 10,000 greater than the common and harmful anti-cancer drug andriamycin. Andriamycin, incidentally, is nicknamed the “red devil” because of its color and it’s potentially deadly side effects.

In 1999, another study found soursop compounds to be effective at reducing prostate and breast cancer cell activity. In 2002, scientists learned it could similarly inhibit liver cancer activity. Finally, in 2011, a study published in the journal Nutrition and Cancer, affirmed its anti-breast cancer activities.

Researchers on the latest study found that simply eating soursop could have incredible anti-cancer benefits in animals with a an over-expressed gene that frequently leads to breast cancer. Epidermal growth factor receptor (EGFR) is a cancer-causing gene commonly over-expressed in breast cancer patients.

According to the study authors:

“These data showed that dietary GFE induced significant growth inhibition of MDA-MB-468 cells in vitro and in vivo through a mechanism involving the EGFR/ERK signaling pathway, suggesting that GFE may have a protective effect for women against EGFR-overexpressing BC [breast cancer].”

Experiencing the anti-cancer benefits of soursop in the U.S. means eating imported fruits bought at specialty markets (check your local Caribbean or Asian market). It does not grow in the U.S. outside of the very tropical areas of southern Florida, where it still doesn’t always survive.

While we don’t always advocate purchasing produce that has flown from across the globe, the healing properties of this fruit may be worth the expense. In addition to having anti-cancer benefits, the fruit is also a diuretic and a remedy for liver ailments. The leaves are reportedly deadly to head lice and bedbugs, and have a sedative effect when taken internally as in an infusion.

9 responses to “Could the Tropical Fruit Soursop Be a Solution to Cancer?”