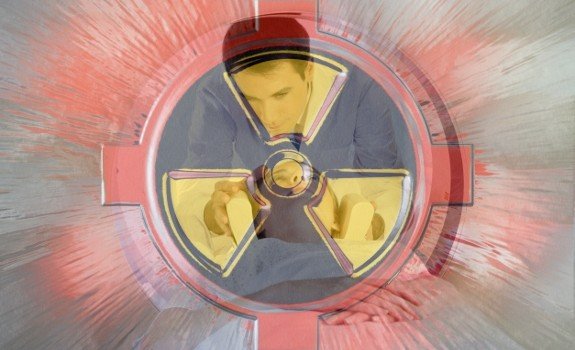 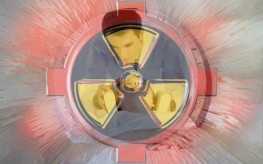 Published in the well-respected Cancer journal, a study conducted at the UCLA Jonsson Comprehensive Cancer Center (UJCCC) describes how radiation treatments actually promote malignancy in cancer cells instead of eradication. More than 200,000 women a year develop breast cancer in the U.S. and at least 2000 men do as well. While Susan G. Komen and other breast cancer related non-profit organizations struggle to keep afloat, we can wonder why simple studies like this one.

A malignant disease is one which is virulent, invasive and uncontrollable. It can even become deadly. It is the opposite of curable. In contrast, there are a number of natural treatments coming to light in reference to breast cancers, specifically, which don’t’ require expensive radiation treatments and certainly do not cause cancer cells to go rogue and grow uncontrollably. Raw, vegan diets and herbal remedies like Turmeric and Black Cohosh are examples of simple solutions. None of these remedies cause your hair to fall out, skin problems, inflammation of the mouth, fatigue, anemia, the development of lymphedema, and extreme nausea.

The UJCCC study found that radiation actually induced breast cancer cells to form more tumors and malignancy in radiation treated breast cells was likely to be 30 times more probable. While radiation treatments can temporarily regress tumors, this is only the false appearance of eradicating the disease, as the study points out. The treatment may seem to work for a short time, but the ratio of highly malignant cells to benign cells begins to spiral out of control very soon after. This can lead to a treatment-induced death – not from the original appearance of cancer, but from the radiation treatment itself.

“Researchers from the Department of Radiation Oncology at the UCLA Jonsson Comprehensive Cancer Center report that radiation treatment transforms cancer cells into treatment-resistant breast cancer stem cells, even as it kills half of all tumor cells.”

Even more alarming is the fact that radiation treatments can cause some cancer stem cells. They can behave like regular cells, but develop into tumor-forming cells. Scientists are not sure how this happens to date. Some doctors are looking to reduce the amount of radiation therapy given to patients in light of this evidence, but many more should consider natural therapies that do not create a ‘false’ healing which cause cancers to grow back with even greater force.

Yet another study in the journal Stem Cells found that ionizing radiation reprogrammed less malignant breast cancer cells into iBCSCs. Cancer stems cells are especially non-responsive to chemo and radiation treatments, and this is why these ‘medicines’ often do not work.

“Breast cancers are thought to be organized hierarchically with a small number of breast cancer stem cells (BCSCs) able to regrow a tumor while their progeny lack this ability. Recently, several groups reported enrichment for BCSCs when breast cancers were subjected to classic anticancer treatment. However, the underlying mechanisms leading to this enrichment are incompletely understood,” the study says.

Alternative Solutions for Breast Cancer (and Other Cancers) Treatment and Prevention

Treating breast and other cancers with natural herbs might change the ability for stem cells to produce tumors altogether. The following herbs are also known cancer-preventatives: