For years, state health officials in California sat on cell phone guidelines aimed at informing the public about the risks associated with cell phone use and the best practices for avoiding potential harm, fearing the information would cause panic.

But on March 2, 2017 the California Department of Public Health (DPH) finally released the guidelines after a Sacramento Superior Court judge indicated that she would order them to be disclosed, and after The San Francisco Chronicle informed the state that it was publishing a news story about the case.

The document was created 7 years ago and has been updated several times in the years since, according to Joel Moskowitz, Ph.D., director of the Center for Family and Community Health at UC Berkeley’s School of Public Health. Moskowitz sued the state in 2016 under the California Public Records Act to get the guidelines released to the public. He said:

“I would like this document to see the light of day because it will inform the public that there is concern within the California Department of Public Health that cell phone radiation is a risk, and it will provide them with some information about how to reduce those risks.”

The 2-page document, which is marked “Draft and Not for Public Release,” discusses the potential health risks posed by long-term cell phone use, including infertility and brain tumors. The document notes that people with certain kinds of brain cancer were found in studies to have used cell phones for 10 years or more.

The authors explain that cell phones produce electromagnetic fields, or EMFs, that are “relatively weak” – in the same range as microwave ovens. Under normal circumstances, the document explains, these EMFs would be harmless (there’s really no “safe” level of radiation, though), but because people use the devices constantly and hold them so close to their body, “cell phone EMFs can affect nearby cells and tissues.”

Additionally, the guidelines warn that: 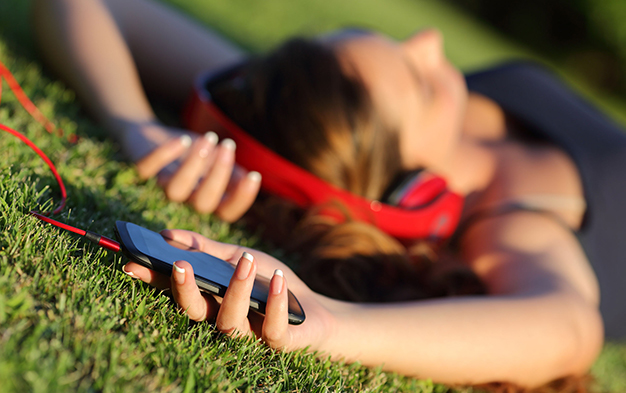 The California DPH writes that cell phone users can lower their risk of phone-related health problems by texting instead of calling, using the speaker phone, or wearing a headset to create distance between their cell phone and body, limiting cell phone use when their signal strength is weak.

The document warns that EMFs can reach deeper into a child’s brain than an adult’s. This makes cell phone use particularly risky for children and teens, whose brains are still developing. Parents are urged to limit their child’s cell phone use to texting, important calls, and emergencies.

The World Health Organization (WHO) admits that EMFs produced by cell phones are possibly carcinogenic, but says that “to date, no adverse health effects have been established as being caused by mobile phone use.”

However, children are using cell phones at a younger and younger age, and Moskowitz says he is happy that the guidelines made special mention of youngsters – even if state officials tried to quash the information initially.

“Their exposure over a lifetime will be much greater than the generations studied previously.”