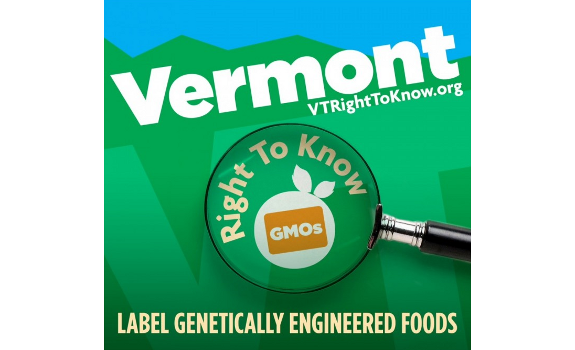 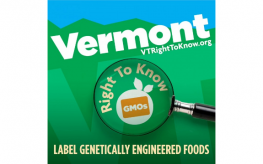 (Natural Society) Breaking News: Vermont’s Senate has passed H.112, a bill to require mandatory labeling of foods sold in Vermont that contain genetically modified organisms (GMOs). Food manufacturers will also no longer be able to call things ‘natural’ or ‘all natural’ when they are an amalgamation of toxic chemicals, otherwise known as non-food. H.112 sets new precedence since other GMO labeling bills passed last year in Maine and Connecticut required five other states in their vicinity to pass labeling laws before theirs would go into effect.

Vermont’s labeling bill requires no ‘trigger’ for it to be enacted – a clever way that legislators and Monsanto’s lackeys were able to stall labeling in other states previously. All that is left to do to make Vermont the first state to require labeling of GMOs is for the House to agree to the Senate’s amendments and for Gov. Peter Shumlin to sign it into action.

The director of Organic Consumer’s Association commented on this huge success:

“Today’s victory in Vermont has been 20 years in the making. Ever since genetically modified crops and foods entered the U.S. food supply in the early 1990s, without adequate independent pre-market safety testing and without labels, U.S. consumers have fought to require the labeling of foods containing GMOs.

Consumer demand for mandatory labeling of GMOs spawned a national grassroots movement that has persevered despite hundreds of millions of dollars spent by the biotech and food industries to lobby state lawmakers in Vermont, and to fund anti-labeling campaigns in California (2012) and Washington State (2013).”

Vermont is making it clear to Monsanto, and huge corporations that are influenced by biotech that they can’t ignore consumer rights to know what is in their food. It doesn’t matter how much money you spend, Monsanto executives; in the end you’ll wish you’d just bought a villa in Rome or taken a long vacation. That also goes for the CEO of Coca-Cola, and Pepsi, as well as numerous other companies who have fought labeling via the Grocery Manufacturer’s Association.

This witty propaganda found on your website is a lie, GMA:

“Applying sustainable solutions in all areas of our work while continuing to deliver products that enhance consumers’ lives is a top priority for GMA and its members.”

Please. Coca-cola uses aspartame, a GMO bacteria poison. A UK label on Kraft’s Mac n Cheese admits it can cause ADHD, and often uses GMO wheat. Kellogg’s, the makers of Kashi, a supposedly healthful, ‘natural’ cereal, is full of GMOs. No wonder Kellogg’s was a big donor to the No on 37 campaign and spent $46 million fighting Proposition 37, the California ballot initiative for GMO labeling. What about another GMA member, General Mills? In an article presented by Food Business News, General Mills defends their use of GMOs, stating the World Health Organization’s talking points as if they were read straight out of a WHO propaganda notebook:

“…biotechnology shows promise to address such issues as strengthening crops against drought and extreme temperature, and delivering more nutritious food, even in poor soil conditions,” the report said. “We agree with the U.N. World Health Organization (W.H.O.) that the development of genetically modified organisms (G.M.O.s) offers the potential for increased agricultural productivity or improved nutritional value that can contribute directly to enhancing human health and development.”

United State’s citizens will not back down. We won’t be fed toxic food at will. Even if Vermont were to be sued over H.112, millions of dollars would be wasted. The law goes into effect July 1, 2016 – and you will lose, Monsanto.