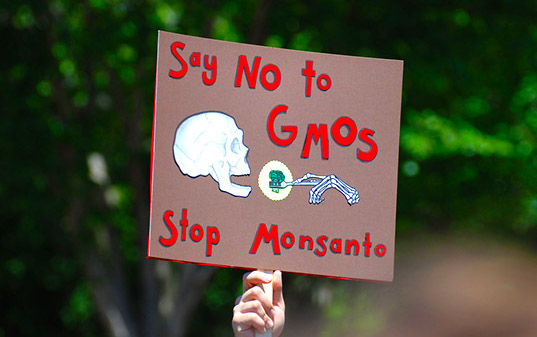 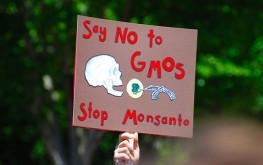 Will Vermont be the first state to pass an active mandatory GMO labeling bill? The House of Representatives decided to let its original GMO labeling bill stand, and instead of nitpicking its details in a Vermont Senate conference, sent Bill 112 straight to Governor Peter Shumlin’s desk this past week with a 114-30 vote.

If Shumlin follows through with his promise to sign the bill, Vermont will make history by becoming the first state to successfully stand up to Monsanto, Dow, Bayer, Syngenta, and the biotech corporations who have pumped millions into the anti-labeling campaign. On its own state authority, regardless of FDA recommendations or Big Ag propaganda, Vermont GMO products will have to contain labeling which admits ‘this food contains ingredients that were subjected to genetic engineering’.

Of course, the Grocery Manufacturers Association (GMA) is against the bill. A spokesperson for the association said the bill is “critically flawed and bad for consumers.” Reiterating their usually flawed propaganda, the GMA also said, “GM crops are safe and have important benefits for people and our planet. The government therefore has no compelling interest in warning consumers about foods containing GM ingredients ….”

A Vermont Public Interest Research Group echoes the sentiment of just about every food consumer in the state, calling the bill, “a model that rest of the country can look to moving forward.”

The new bill, which was heavily amended from its original version, was adopted last year by the Vermont House of Representatives. It now includes a legal defense fund for the new law, anticipating the aggressive, and ill-sought legal battles that Monsanto has waged elsewhere to try to keep selling its poison crops to the world. The bill also includes verbiage to set up a process for deciding if milk and milk products should also be required to have mandated labeling, or be exempt.

If passed, the new mandatory GMO labeling law would take place starting July 1, 2016. This bill, unlike others that were previously attempted in Maine and Connecticut, would not require a ‘trigger’ for other nearby states to institute similar labeling laws in order to go into effect.

Hopefully Vermont not only successfully passes the bill, but also smashes Monsanto in court when they try to fight it. The rest of the country needs a forerunner in the fight against biotech, and their toxic, glyphosate-ridden foods.