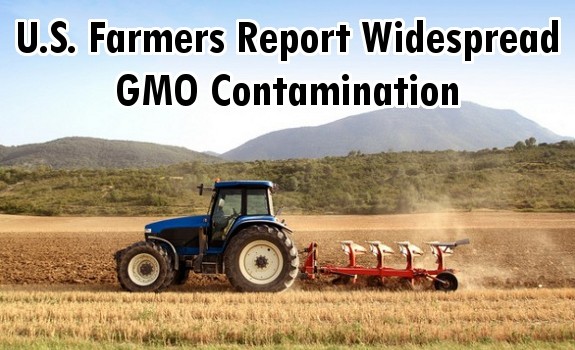 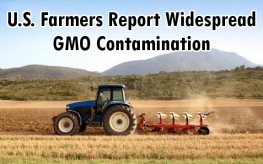 The claim by the biotech industry that GMO crops can be contained and kept away from organic farmers who have chosen not to use genetically modified ‘suicide’ seeds is being proven grossly fallacious. A third of organic growers are now reporting problems with cross contamination, according to a new survey. More than 80% of farmers who participated in the survey are ‘concerned’ about the impact of genetic seeds, and 60% are ‘very concerned.’

As one organic farmer, Oren Holle puts it, “the USDA has been extremely lax and, in our opinion, that’s due to the excessive influence of the biotech industry in political circles.”

The results of this survey are being reported just as the U.S. Department of Agriculture (USDA) has extended the public comment period (recently ended) for a controversial study on how GM and non-GM crops can “coexist,” and also after controversial propaganda has been pushing GM crops as a solution to world hunger – even the Catholic Church has been promoting biotech venom.

Thus far, the USDA Advisory Committee on Biotechnology, and the 21st Century Agriculture (AC21) have concluded that there is insufficient data to decide just how bad GMO contamination is, and the true ramifications of GMO contamination of organic farms. The AC21 recommendations came out in November of 2012, and were highly criticized for leaning in favor of the biotech industry – even in the face of growing reports that cross-pollination was happening everywhere.

As farmer Holle, President of the Organic Farmer’s Agency for Relation ship Marketing (OFARM) says, “The USDA said they didn’t have this data, but all they had to do was ask.”

It is quite obvious to most farmers that GMO crops have  not had regulatory oversight as they should, and that this is likely just a stall tactic by the FDA. The agency has been  more than just lax, but grossly irresponsible in allowing GMO to be planted prior o knowing the long-term effects on human, animal, and ecosystem health. The political end-game was always more important than protecting the health of the people.

The growth of GM crops have not grown as fast and furious anywhere else as in the USA. Other countries such as Russia and France are currently considering bans, and much of Europe has no-GMO zones.

The US, conversely, has gone from using about 2% GMO seeds in the 1990s to over 90% currently. The new poll taken also shows that more than half the farmers questioned believe that GMO and non-GMO cannot co-exist, and others said that ‘good-stewardship’ was insufficient to make sure that non-GMO crops were not cross-pollinated with GM seed.

“The USDA’s focus on coexistence and crop insurance is misplaced,” Wenonah Hauter, executive director of Food & Water Watch said, referring to an AC21 recommendation that GM contamination problems be dealt with through a federal insurance scheme set up to lessen the impact of natural disasters.

As usual, it is too little too late, and biotech knows it. Their seeds are spreading like a virus and we have to stop this – NOW, before all of our arable land in the US is forever contaminated with their puerile biotech poison.