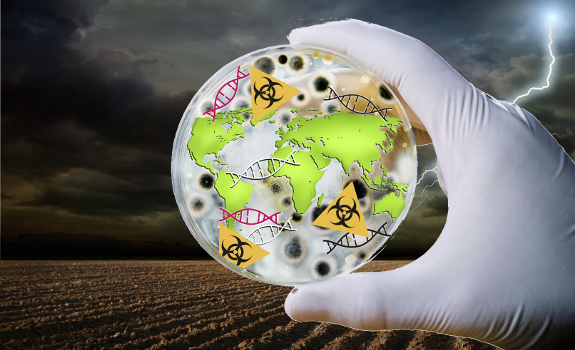 Testbiotech, a nonprofit organization started with independent (‘non-biased’) biotech research in mind, recently released a report on the spread of genetically altered plants. The organization says GMOs are spreading throughout the world without any controls in place to stop them. They have escaped their intended areas and are moving into the environment and even infringing on wild plant populations. This is happening everywhere and something must be done to stop it before it worsens.

In the U.S., Canada, Central America, Japan, China, Australia, and Europe, genetically modified organisms are spreading into the food system. This is happening with corn, rice, cotton, flaxseed, bentgrass, and poplar trees, according to the Testbiotech report.

“Coexistence between genetically engineered crops and biodiversity is not possible if crops are spreading into wild populations without control. Industry is contaminating biodiversity and our future seeds – who will hold them responsible?” says Margarida Silva from the GMO-free Platform in Portugal, according to GM Watch.

Just 3 examples of GM contamination can be seen here:

Testbiotech says there are several reasons for “transgene escape”. They say the future impact of this unregulated spread of GM technology is, quite simply, unknown.

Apart from commercial cultivation and experimental field trials, losses from the import and transport of viable grains for food and feed production are a source of uncontrolled dispersal. The consequences cannot be reliably predicted, and from the cases documented in the overview it is evident that no prediction can be made on how these plants will behave in the long-term or interact with biodiversity.

The organization is calling on EU Commissioner Tonio Borg, who is pushing for GMO authorization throughout the EU, to honestly assess the consequences of GM technology.

Christoph Then for Testbiotech says, “EU Commissioner Tonio Borg who is currently pushing for the authorisation of genetically engineered plants in the EU, should be aware of the consequences of this technology on a global scale. We need regulations to ensure that the release of genetically engineered organisms is prohibited unless they can be removed from the environment if required.”

But, if they’ve infiltrated even wild plant relatives, removal is doubtful.

10 responses to “Transgene Escape: GMOs Spreading Uncontrollably Around the World”