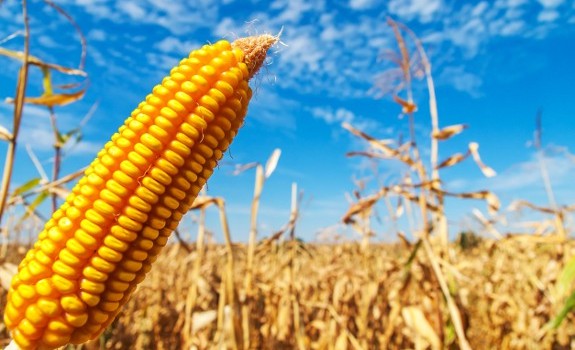 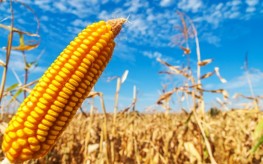 Here’s some of the best news all year for non-GMO supporters. Frank Kutka is working to save our heirloom corn from cross-breeding with genetically modified corn. He’s been diligently at work for over 15 years now developing what he calls “Organic Ready” corn varieties that have the ability to block cross-pollination, thus eliminating Monsanto’s prevalently grown GMO corn from infesting organic farmer’s crops.

“We need corn that organic farmers can grow without fear of GMO contamination,” says Kutka, who is in the fourth year of a five-year breeding project funded by the Organic Farming Research Foundation.”

Needless to say, Kutka, like all farmers growing organic crops, faces an enormous challenge. U.S. farmers currently plant millions of acres of GMO corn, among other GMO crops. Around 93% of the year’s corn crop was genetically modified.

While this makes Monsanto happy, it leaves those looking for non-contaminated, heirloom, organic, non-GMO corn a little miffed, to say the least. These millions of acres of corn can also easily contaminate other crops – including those which are not even corn, just because mother nature continues to work. GMO genes cross over into other plants, causing them to contain variant DNA like the mother plant. This is many argue that GMO crops must be banned, and that GMO labeling simply isn’t enough.

Kutka’s research concentrates on gametophytic incompatibility to protect his organic corn. By focusing on naturally occurring traits and the ancient grain teosinte that make it difficult for GMO pollen to enter the corn silks, thus preventing cross-pollination, he hopes to make his corn incompatible with GMO cross-breeding.

There are already some plants that have a natural resistance to GMO cross-breeding, like sunflowers, and this is why there is a huge demand for organic sunflower oil at this time – it is most assuredly not contaminated with GMO genes.

Kutka’s research has narrowed in on a trait is known as gametophytic incompatibility, or Ga1S, though it is not a new discovery. He states:

“The trait has been known and used for decades. It was first used in popcorn in the 1950s and then in white corn varieties in the 1970s. It’s not a perfect system, but it greatly reduces the risk of out-crossing.”

Additionally, Kutka is looking into another pollen block trait—Ga2S, which is found in teosinte, an ancestor of maize. He has been attempting to create his ‘Organic Ready’ corn since 2011 utilizing pollen-blocking traits, a play on Monsanto’s ‘Round Up Ready’ corn, since he was a student at Cornell University.

The USDA National Organic Program, which requires all organic farmers to go through expensive and time-consuming testing to make sure their crops are organic (while Monsanto and their ilk can more easily sell potentially dangerous man-made creations), currently prohibits GMOs in organic production, yet there are no regulations to protect farmers from Monsanto’s GMO corn when it becomes contaminated by pollination, wind, or other of nature’s causes.

Organic and non-GMO farmers have suffered huge losses for this reason, while Monsanto continues to sue farmers who try to save GMO seed, calling their crops ‘proprietary.’

A recent survey of organic farmers from 17 states, predominantly in the Midwest, shows 67% of farmers planned to delay planting corn this year so their crops would pollinate later than their neighbors’ GM corn, at an average cost of $16,000. Delaying the growing season is just one expense organic farmers have to contend with in competition with corporate seed monopolies.

Heirloom seed companies such as Missouri-based Baker Creek Heirloom Seeds has lost one-half of its heirloom varieties to GMO contamination, too, and they are not alone in this dilemma. It is due to these challenges that Kutka feels inspired to continue his work:

“I’m working on developing varieties that hopefully will work in a lot of different locations in the U.S.”

He realizes that time is of the essence if any heirloom corn is to remain.