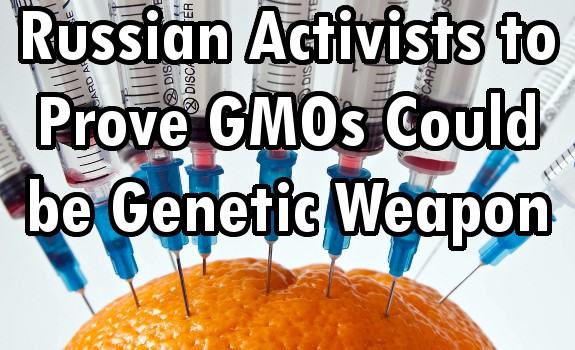 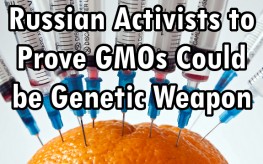 A draft bill is on the table in Russia that would criminalize GMO production and distribution. Now, anti-GMO activists there are looking to create a team of ‘long-overdue’ independent and international researchers that can finally prove unequivocally that GMOs are poison tools created by Monsanto and the corporate, biotech machine.

When you are going to equivocate GMO production with terrorism, a label it truly deserves since it kills people through reproductive organ failure and the drastic reorganization of gut flora, immunity, and even DNA – essentially as a bio-weapon – then you might want to have some hard, solid evidence that can counteract the propaganda which has been circulated by Monsanto’s shills.

According to Elena Sharoykina, director of the Genetic Safety Public Association (GSPA), a 10-year-old NGO in Moscow, it isn’t the first time the term ‘terrorism’ was used to describe what GMOs have done to our people and ecosystems, including all the pollinators, which allow us an ample food supply.

Sharoykina pointed out in an interview with Russia Today that a NATO Committee on the Challenges to Modern Society which met in the Belgian city, Liege, in 2004 said that GMO could be used as a genetic weapon.

“If serious international experts on security who have close ties with the scientific community say this is possible then there’s no smoke without fire,” Sharoykina said.

Sharoykina isn’t sure how the draft bill to criminalize GMO production would be enforced in day to day practice, since it would be hard to prove links to GMOs and health and environmental problems, but many have pointed out that there are already several studies which have proven this very fact.

For example, with the assistance of The A.N. Severtsev Institute of Ecology and Evolution, the GSPA conducted a study in 2010 which proved hamsters fed GM soy could not have a third generation of offspring.

Nevertheless, even Russian officials once tried to push GM products on people, fortunately, but only recently changing their stance. A chief inspector at Rospotrebnadzor (the Federal Service for Supervision of Consumer Rights Protection and Human Well-Being), Gennady Onishchenko, spoke about GMOs at the Nevsky International Ecological Congress on May 21, 2013.

He said that biotechnology, including genetic modification, is necessary to ensure the world’s population has quality food in a sufficient quantity. GM crops are often made to resist pests, inclement weather, and other factors that impact crop health. 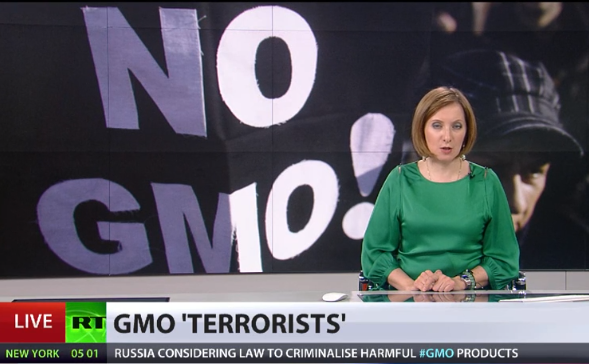 A month later, at a meeting of the Federation Council, Onishchenko said he considers GM products a scientific achievement, but he recognizes the risks involved in their use. This same inspector later left his controversial post.

While the original A.N. Severtsev Institute study was helpful to show that GM foods cause reproductive failure in just three generations, it was an underfunded experiment which needs more comprehensive analysis. This study will now be conducted in Russia.

As RT reports, “The NGO has already enrolled a team of researchers from the US, France, the UK, China and Russia and will make sure the experiment will comply with all international standards. It’s also going to be available for everyone to follow online.”

The GSPA is raising funds from multiple sources as a means to conduct – the first-ever independent international research on GMO.

As of April, Prime Minister Dmitry Medvedev told Russian MPs that they would not plant any more GM seeds for at least three years. This is ample time to conduct studies which will prove, once and for all, that GMO is nothing more than a biological weapon.