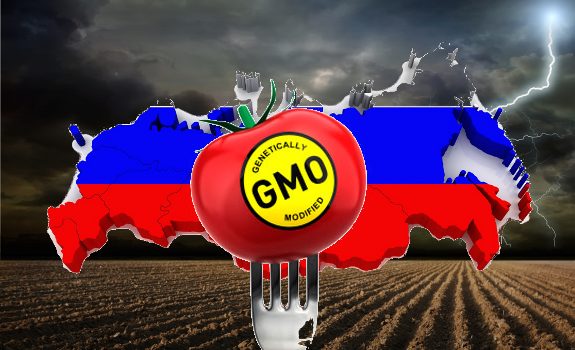 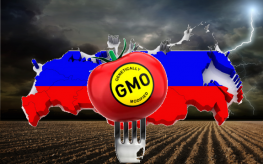 In an act of lucidity and light that our own country should somewhat imitate, Russian lawmakers are considering equating GMO-related activities to a terrorist act or death threat, a criminal act that Russia says deserves the punishment which killers and creators of mass ecological and human genocide deserve.

A Russian newspaper, Izvestia, writes that criminal liability will be imposed on any act that involves producing, selling, or transporting genetically modified organisms, if Russian lawmakers get their way.

A bill supporting this ideaology was submitted to the Russian State Duma lower parliament house by the Duma agrarian committee as well as the Liberal Democratic Party (LDPR) (who claimed the parliament’s bill was too mild.) Those initiating the bill suggest that criminal responsibility should be applicable to companies and government officials, but not to farmers who were convinced that GMOs were safe to grow. They believe individuals should only undergo disciplinary action, and not criminal charges.

The bill would also heavily fine companies for distorting or concealing information about the environmental impacts of GMOs. If this bill were to pass in the US, I’m sure Monsanto would go broke paying all the fines they would be subject to. They’ve paid off scientists and entire institutions, as well as our own FDA and EPA to conceal evidence about both health and environmental damage that GMOs cause. Government officials  would be subject to a fine fine of 1,000-2,000 roubles, and legal entities like corporations to a fine of 10,000-20,000 roubels. Several of our Congress persons and Senators would be swimming in fines as well.

Kirill Cherkasov, the first deputy chairman of the State Duma agrarian committee, pointed out that tight regulation is needed since many GMOs have been insinuated into foreign market via the World Trade Organization. Cherkasov suggested that a package of amendments to the national laws regulating technical and economic aspects of GMO-related activities should be submitted by its autumn session.

Sometimes it seems our country has traded places with the cold war communists of days past. We may not agree with everything that Vladimir Putin does in the name of Russia, but at least he is willing to do what our President is not in the US – protect his people from genetically modified foods by keeping them out of the country.