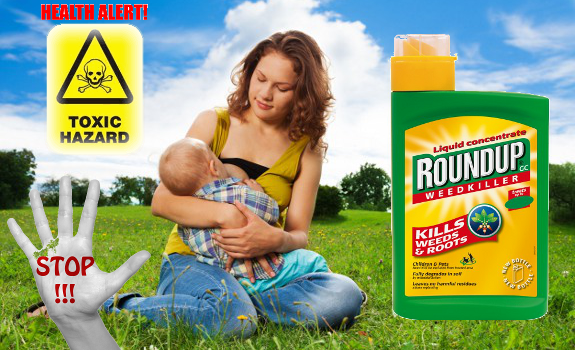 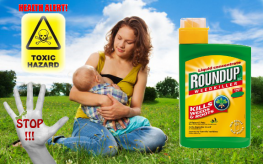 There’s really nothing more vicious in the animal kingdom than a mother whose young are threatened. When it comes to humans, many mothers have this same ferocious defense mechanism, and for “Moms Across America”, the threat is RoundUp’s (an herbicide) ingredient glyphosate – and the predator in their sights is Monsanto.

Moms Across America is a group of mothers going after GMOs and biotech giant Monsanto for their flagship product RoundUp. The active ingredient in this powerful herbicide is glyphosate, which has previously been detected in drinking water, blood, and breast milk across the country. Since glyphosate is now finding its way into breast milk, and Moms Across America have drawn a line.

“This is a poison and it’s in our food. And now they’ve found it in breast milk,” said founder Zen Honeycutt. “Numerous studies show serious harm to mammals. We want this toxic treadmill of chemical cocktails in our food to stop.”

The group is targeting the Environmental Protection Agency who has already begun a standard review of glyphosate and plans on determining whether its current use is safe sometime next year. In the meantime, it’s being used heavily all across the country.

They have drafted a petition to the Centers for Disease Control and Prevention and the Food and Drug Administration, demanding further testing and regulation of the chemical.

As they write, glyphosate has been linked to a wide variety of health woes, including allergies, asthma, Alzheimer’s, autism, and autoimmune diseases.

“Considering the CDC’s and FDA’s mission to ‘protect American health’, we Moms and supporters ask the CDC and FDA to remain true to your commitment and to immediately conduct and require LONG-TERM AND LIFETIME tests to determine if there is any risk or danger to our citizens and children by genetically modified foods and their required herbicides and pesticides such as Glyphosate (Roundup), Bt Toxin, 2,4-D, Dicamba, Glufosinate etc.

We believe the systemic reason (for increased disease and ill health in the U.S.)  is that, unlike other countries, 80% of the food in the US contains ingredients from genetically modified crops that contain foreign proteins and has been doused glyphosate herbicide which has been shown to damage the beneficial bacteria in our gut which is the stronghold of our immune system. Glyphosate also impairs the liver’s ability to detox and breaks down the blood brain barrier to allow toxins into the brain.”

The women put up a compelling argument, one that’s shared by many health advocates and the general public. But, as Think Progress reports, corporations like Monsanto are dug in, with “deep roots in Washington” and millions to spend in protecting their interests no matter the financial or health costs.