Sumac, the Super Food with an Off-the-Charts Antioxidant Value 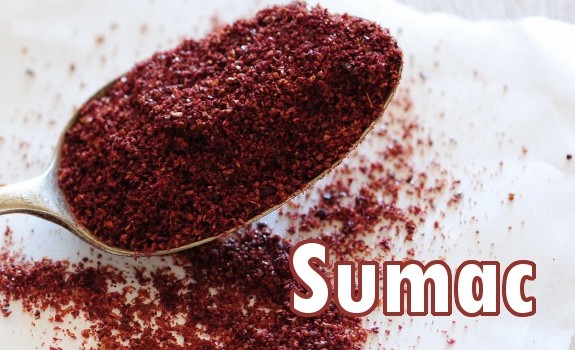 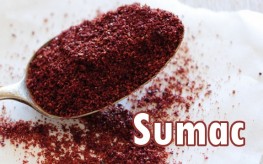 Eating phytonutrients-dense food is an easy way to boost immunity and slow the aging process. The greater our level of antioxidants, the fewer free-radicals have the chance to ravage our cells. While eating a variety of nutrient-rich foods is ideal since they all provide specific types of antioxidants, some foods stand out above others for their level of these disease-killing nutrients. Sumac, a high-tannin variety of sorghum, is one of them.

The antioxidant value of raw Sumac bran described in ORAC units is 312,400 μ mol TE/100g. This red-orange tangy spice is used the world over as a culinary delicacy, bust also to heal the body.

The ORAC (Oxygen Radical Absorbance Capacity) chart was developed by scientists at the National Institutes of Health and Aging as a way to measure a food’s ability to neutralize free radicals. Foods that rank high on this chart are thought to do the job of neutralizing these pesky radicals the best.

Sumac is one of the foods listed at the very top of the ORAC chart. In comparison, it has roughly four times the ability to fight free radicals as organic parsley which rates high on the chart, and three times the free-radical fighting ability as ground sage – also high on the ORAC chart.

Sumac comes from sorghum, a species of wild-growing grasses. It grows in ‘sumac-bobs’ that are bright red or reddish-purple in color. It is a close relative of poison ivy, but without the painful volatile oils that many people are allergic to. Many grains in this genus are raised for pasture-grazing and most grow natively in the subtropical regions of the world, including the Southwest Pacific, Australia and Asia.

Sumac is used around the world for its healing properties. It is anti-aging, anti-fungal, antioxidant, anti-inflammatory, and anti-microbial. Its bio-active compounds have innumerable uses for both the food industry and healing. It has been used in Southern Europe, Afghanistan, and Iran. If mixed with onion, sumac is a delicious appetizer all on its own.

The native American Indians used sumac in their tobacco, and some made sumac-ade or Indian lemonade, called ‘rhus’-juice, another name for the spice. It was once found in an 11th-century shipwreck off the coast of Rhodes. It is full of vitamin C, Omega 3 fatty acids, protein, fiber, and important trace minerals like potassium, calcium, magnesium, and phosphorus. All of the health benefits of Sumac are still being researched.

5 responses to “Sumac, the Super Food with an Off-the-Charts Antioxidant Value”