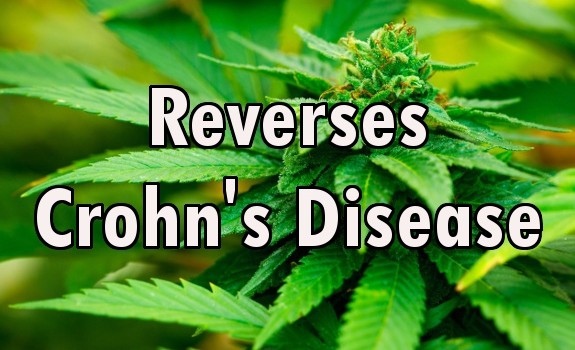 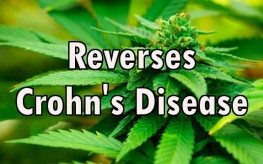 As research and the desire for human rights continue to escalate, more and more states are allowing its citizens to utilizing the healing properties of marijuana. As far as rights go, anyone should have access to this plant. But let’s not forget how this vilified substance was able to rid cancer from people’s bodies and halt ‘untreatable’ seizures in children. Now, it’s time to hear how marijuana was able to help one woman overcome Crohn’s disease.

A Little About Crohn’s Disease

Crohn’s Disease is affecting more and more in North America, and its debilitating effects are usually underestimated. It’s beyond acid reflux, irritable bowel syndrome (IBS), and even ulcerative colitis. Crohn’s sufferers often undergo a few or more operations and suffer through several different pharmaceuticals. And they still aren’t cured.

Crohn’s manifests with many debilitating symptoms that are autoimmune diseases as well. This whole package is debilitating and can be lethal. Modern mainstream medicine (MMM) has no real solution. MMM “manages” Crohn’s with operations and pharmaceuticals with side effects.

How Marijuana Helped One Woman Overcome

A dramatic example is Shona Banda. She was diagnosed with Crohn’s Disease around 2004. Shona underwent several surgeries and was put on several pharmaceuticals, but her condition worsened progressively until she was considered terminal. She was bedridden and whatever she managed to eat didn’t provide nutrition. She began suffering from cachexia, a wasting away that accompanies chronic disease. She was waiting to die.

Then she discovered that marijuana may be the solution. Her viewing of Rick Simpson’s “Run from the Cure” video documentary inspired her until she realized she had no way to get enough marijuana plant to make the cannabis oil featured that had treated many of not only cancer, but several other maladies that were “uncurable” as well.

She was inhaling small amounts of marijuana from a vaporizer to help reduce her pain and increase her appetite. It’s less irritating to the lungs and throat while producing less tell-tale pot aromas. Her husband pointed out that the marijuana vapor residue inside the glass globe cover looked like cannabis oil. So Shona started scraping it out and putting it into capsules for consumption three times daily.

After a very few days, Shona could walk without a cane. Soon she began eating and sleeping better and putting on weight. It wasn’t long before she was completely weened off all her pharmaceuticals. Now she is very healthy and active. Her journal of this journey became her published book Live Free or Die. You can view her YouTube testimonial video and her ‘how to’ video.

And here is another personal Crohn’s remission from marijuana testimony from a young California journalist and medical marijuana activist, Angela Bacca. She was reluctant to tell her story until the recent Israeli study was published that proved even smoking marijuana had excellent Crohn’s remission results.

At the Meir Medical Center in Israel, 21 Crohn’s patients who were getting little or no results from orthodox medical treatments were separated into two groups for a double blind control study. One group of 11 were given two marijuana cigarettes daily with 23% THC and .5% CBD (cannabidiol) while the control group of 10 were given placebo cigarettes of marijuana without THC.

After eight weeks, five of the treated subjects showed remissions, while another five had significant improvements without steroids. All 11 could eat and sleep better. Forty percent of the placebo group showed only slight improvements.

This study was published in the journal Clinical Gastroenterology and Hepatology. Keep in mind that significant results were obtained using the least potent application of medical marijuana – smoking. Shona ingested makeshift cannabis oil, while Angela was a smoker.