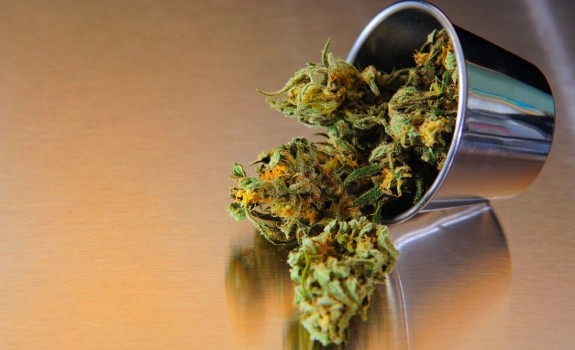 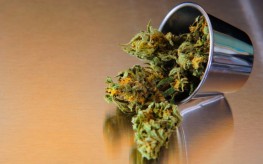 People’s attitudes towards marijuana are changing. We’re not only seeing it in the law changes—where 20 states currently have medical marijuana programs on the books and two have legalized recreational marijuana—but also in the opinions of regular citizens. People who had previously voted against the plant are now reconsidering as their eyes are opened to the mounting evidence to the contrary. Case in point: a little girl experiencing terrible seizures until treated with medical marijuana.

Matt and Paige Figi had twins in 2006—Charlotte and Chase. Everything with the twins seemed normal at first—they were carried to term and seemed healthy. At 3 months, however, everything changed. Charlotte began having seizures, and these weren’t minor occurrences; they were seizures that lasted 30 minutes or longer—up to two hours. For the next five years, Charlotte—affectionately called Charlie—would suffer an untold number of seizures, hospitalizations, tests, and prescription drug cocktails.

“At 2, she really started to decline cognitively,” Paige said. “Whether it was the medicines or the seizures, it was happening, it was obvious. And she was slipping away.”

At age two, she was diagnosed with Dravet Syndrome, a seizure disorder that is untreatable with modern medications, one where the patient experiences long, drawn out seizures back-to-back-to-back. For the Figis, it was the worst case scenario.

They tried dietary changes, putting Charlie on a ketogenic diet, one high in fat and low in carbohydrates, often used to treat epilepsy. And while the seizures temporarily subsided, the diet came with plenty of side effects including bone loss, weakened immune function, and behavioral problems. Two years after starting the diet, the seizures came back.

When Charlie was five, the Figis were told there was nothing left to try. She was having 300 grand mal seizures each week. Her heart had stopped several times and she had lost the ability to walk, talk, and eat. Doctors suggested putting her in a medically induced coma. Her parents signed a do-not-resuscitate order. They even said goodbye.

It was then that Paige Figi, Charlie’s mom, who had voted against any progressive marijuana legislation, decided to give medical pot another look. It wasn’t easy to find two physicians to sign off on Charlie’s marijuana treatment, but she found them. She also found a type of medical pot called R4, which is low in THC (the compound that makes you “high”).

In the first hour of receiving her first dose, Charlie had no seizures. In the second hour she didn’t either. Charlie didn’t have a seizure for seven days after her first marijuana treatment.  The Figis were convinced of the benefits of medical marijuana.

The family connected with two brothers, the “Stanley brothers”, who produced a strain of marijuana extremely low in THC. The brother couldn’t find anyone to buy it though, until they found Charlie.

“The biggest misconception about treating a child like little Charlotte is most people think that we’re getting her high, most people think she’s getting stoned,” Josh Stanley said, stressing his plant’s low THC levels. “Charlotte is the most precious little girl in the world to me. I will do anything for her.”

Charlie now receives three to four milligrams of cannabis oil in her food twice daily. She is six years old and able to walk and ride her bicycle. She averages about two three seizures each month, which usually occur in her sleep.

“I literally see Charlotte’s brain making connections that haven’t been made in years,” said Charlotte’s father Matt. “My thought now is, why were we the ones that had to go out and find this cure? This natural cure? How come a doctor didn’t know about this? How come they didn’t make me aware of this?”

The marijuana strain Charlotte uses has been named in her honor. It’s called “Charlotte’s Web”. And her parents have become two of the more vocal and adamant medical pot supporters.