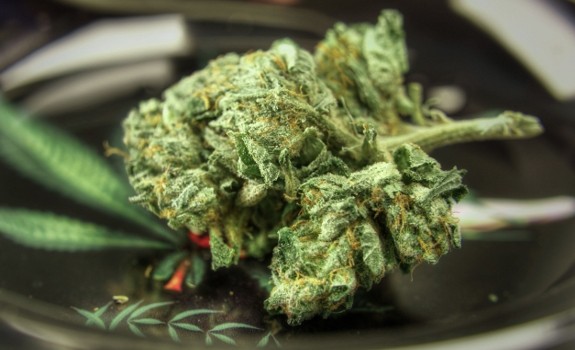 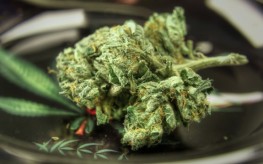 As if the medical marijuana industry wasn’t controversial enough—with opponents arguing it encourages drug addiction and crime and supporters citing years of research to the contrary—there are now children benefiting from it. While there are several cases across the country of children being given various forms of cannabis to treat disease and illness, the case of 6-year old Jayden David is getting a particularly heavy dose of attention, where marijuana helped the boy beat severe epileptic seizures.

Jayden suffers from something called Dravet syndrome—a form of epilepsy that results in frequent and painful seizures. In his short life, he has been rushed to the hospital a total of 44 times. In an effort to control the seizures, doctors had the boy on 22 different anti-seizure pills each day. Sure, they helped to control the violent seizures, but Jayden was left immobilized by their strength.

At his wits end, and nearly suicidal, Jayden’s father turned to medical marijuana. For the first time since he was an infant, Jayden went an entire day without a seizure.

“He’s in pain and suffering and crying,” explained his father of Jayden’s normal daily seizures. “You can’t help him no matter what. What are you supposed to do? You have to do whatever it takes to save their life.”

Jayden’s father, Jason David, uses a non-psychoactive form of marijuana. This means his son doesn’t experience any sort of high, aside of course from the high of being pain free.

While he still doesn’t talk, Jayden is now more active than ever, running, playing with friends, and swimming at the local pool. There was a time when he couldn’t eat solid foods or function because of the steady stream of pharmaceuticals. His father has taken to calling the medicine “miracle marijuana” as opposed to “medical marijuana”. This is similar to the experience another 3-year old boy had, where marijuana oil actually helped him beat cancer.

The form of liquid cannabidiols that Jayden takes is a tincture developed by Harborside Health Care in Oakland, California. This clinic is the same type that the federal government is gunning for in the War on Cannabis.

But as Harborside’s executive director Steven DeAngelo says, parents don’t come to a decision like this lightly.

“Parents don’t want to bring their children to something controversial like cannabis,” said DeAngelo. “They do it reluctantly, and they do it because they’re at their wit’s end.”

The David family is fortunate that they live in California. Though 18 states have some form of medical marijuana legislation in place, not all are open to the idea of medicating children. And for those that are, families must live in fear knowing the federal government has yet to respect state laws in regards to this healing herb.