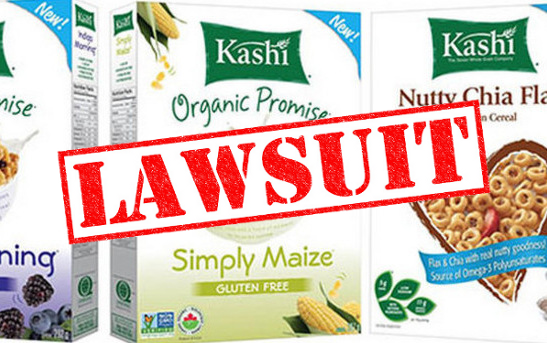 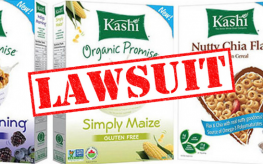 A U.S. District judge in Florida has denied Kashi’s (owned by Kellogg’s) bid to dismiss a lawsuit brought against the corporation for advertising Kashi as ‘all natural.’ This is a huge step forward for companies who think they can continue to hoodwink the public with false and misleading claims on their products.

The Florida lawsuit is actually a consolidation of several cases that date to 2012, which accuse Kellogg’s of putting ‘bioengineered, artificial, and synthetic ingredients’ in cereals, cereal bars, snacks, pizza, and other products that are clearly marked ‘all natural.”

The judge said that the suit “sufficiently alleges that a reasonable consumer would expect a product labeled ‘all natural’ to be free of GMOs.” I’ll say this is more than reasonable! This time, Kellogg’s won’t wiggle out of the court proceedings, as they already tried to once in California when a similar objection was made against their product. This lawsuit was settled out of court. Hopefully, not this time!

Judge Joan A Lenard also said that while Kashi could be sued, the co-defendant Kellogg’s (which owns Kashi) should not also be named in the case, but that most claims could proceed. While this won’t go straight for the jugular of corporations who deceive, it at least gives them a very loud wake up call that people are tired of being lied to about their food.

Read: Heinz Targeted for Claiming GMO-Laden Products are ‘All Natural’

The judge also denied Kashi’s argument that the ‘all natural’ claims were pre-empted by the Food, Drug and Cosmetic Act, meaning that the FDA should be deciding what is ‘all natural.’ Unfortunately, the Food and Drug Administration doesn’t even know what ‘all natural’ means – no one really does. If genetically modified organisms can go in foods labeled ‘all natural,’ than the term is officially useless.

This action is well overdue – for corporations who mislead the public with false advertising to take accountability for their actions. If you’ve ever purchased products like Kashi trying to be more health conscious, you can understand how frustrating it is as a consumer to try to weed through the ‘real’ natural foods and the ‘fake’ ones.

You can make the message to Kashi even louder by boycotting their entire line of foods, and also writing to the Kellogg CEO, John Bryant – who many say has gone ‘too mainstream’ with the brand. If ‘mainstream’ means full of GMO toxins’ then indeed they have. Kashi was once a ‘bright spot’ for Kellogg’s, but now it will see its deserved dark days.