Thanks for your continued support

Social media has proved to be a powerful tool in the spreading of life-saving information over the past several years, with countless grassroots campaigns receiving funding and support due to simple Facebook and Twitter campaigns. And despite the numerous concerns with these platforms regarding privacy and beyond, the reality is that they can be utilized to really reach people.

That’s why I am excited to see the major impact that Natural Society has made in the lives of millions thanks to an organic and grassroots social media campaign that has now led to over 209,000 independent thinkers and natural health fans to follow Natural Society on Facebook alone. 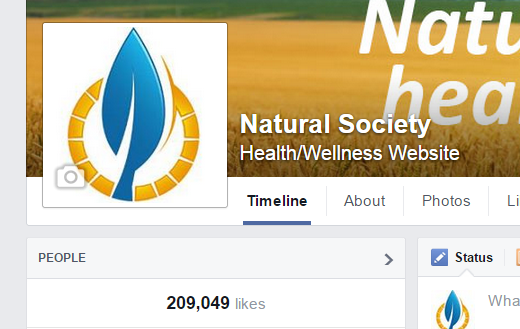 It was back in 2011 that Natural Society first made waves by announcing Monsanto as the Worst Company of the Year in a major international press release that gained widespread media attention and public support. It was just two days later that my article on Hungary burning Monsanto’s corn fields reached over 225,000 Facebook shares.

Ultimately, it became one of the most shared articles in all of 2011.

Since 2011, we have been continuing to cover all of the latest news on Monsanto, GMOs, natural solutions, the continued fight for the removal of toxic additives from our food supply, DIY organic gardening, superfoods, recipes, and everything natural health.

We wanted to take the time to thank you for being a dedicated reader to Natural Society, from following us on our Facebook and Twitter, to continuing to support our thousands of free articles financially through the new Natural Society Shop.


As companies like McDonald’s and Monsanto continue to lose money rapidly, let’s make 2015 an even greater year of success for the natural health movement.

5 responses to “Grassroots: Natural Society Reaches Beyond 209,000 Followers on Facebook”