Exercise Shown to Protect the Body Against Future Cancer 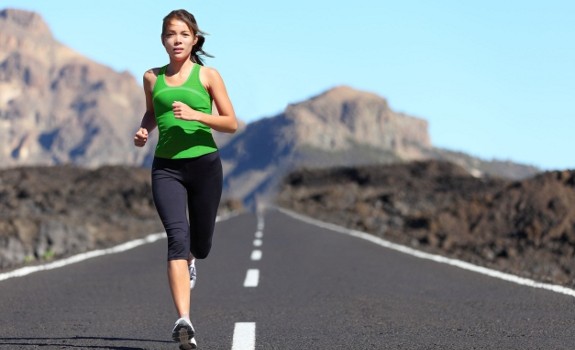 Even after someone has successfully battled cancer, they are often scared of the possibility that it will return. However they chose to conquer it—using questionable chemotherapy or alternative treatments—keeping the cancer at bay is a primary concern while recovering. There are many ways to prevent cancer, with one small study presented at the Integrative Biology of Exercise VI meeting indicating that exercising regularly could help reduce cancer risk by boosting immune function.

Sixteen people participated in the study, with all but one having just finished chemo. Blood samples were taken at the beginning and end of the 12-weeks. Researchers were looking specifically at the number of senescent and naïve T-cells. Senescent T cells weak at fighting disease while naïve T cells are stronger.

Following the 12-week period, in which participants did cardio, strength training, and flexibility work, an interesting observation was made. At the beginning, there were more senescent and less naïve T cells. After the exercise period, the counts flip-flopped, with more naïve (disease-fighting) T cells and less senescent cells.

“If exercise indeed strengthens the immune system and potentially improves cancer surveillance, it’s one more thing we should educate patients about as a reason they should schedule regular activity throughout their day and make it a priority in their lives,” said researcher Laura Bilek of the study. “What we’re suggesting is that with exercise, you might be getting rid of T cells that aren’t helpful and making room for T cells that might be helpful.”

While cancer can wreak havoc, chemotherapy can too. So even though exercise as an immune booster is important for all people recovering from cancer, it is especially important for people who essentially have to rebuild their immune systems after having been subjected to chemotherapy.

And this isn’t the only research linking exercise with reduced caner risk. Medical researchers from Harvard found that only 3.5 hours a week can reduce your risk of developing breast cancer by nearly half when compared to inactive women.

“The data are clear in showing that physically active men and women have about a 30-40% reduction in the risk of developing colon cancer, compared with inactive persons … With regard to breast cancer, there is reasonably clear evidence that physically active women have about a 20-30% reduction in risk, compared with inactive women.

Seeing as exercise is a total health booster, it isn’t surprising to see that it can also reduce cancer risk. Start exercising now to boost health, prevent cancer, and even add years to your life.