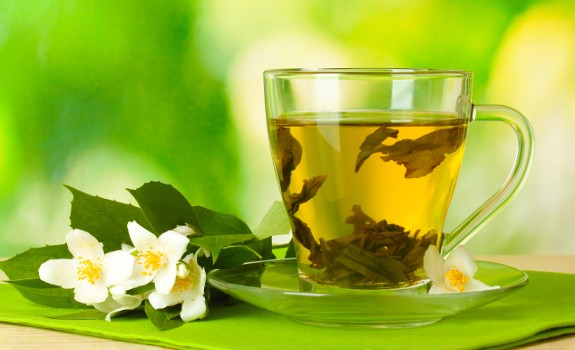 Green tea may offer the solution (or at least part of a solution) in the prevention of digestive cancers, according to another study out of China. Older women were analyzed for green tea consumption and cancer rates, and scientists found those who drank the tea on a regular basis were at a slightly lower risk for developing cancer of the colon, throat, and stomach.

The researchers followed nearly 70,000 Chinese women for a decade. Those who drank more than three cups of green tea daily were considered “regular” drinkers. And those women were at a reduced risk of digestive cancers—a 14 percent reduced risk.

Senior researcher Dr. Wei Zheng cautioned that the study doesn’t establish a “cause-and-effect” relationship. While the scientists did account for diet, exercise habits, and medical history, they say it’s impossible to account for everything.

Basically, it’s difficult to isolate the effects of a single food in any scientific trial. People eat other things, they may have different lifestyle habits, or they might be on prescription medications. They could get more sleep than other non-green-tea drinkers or simply take better care of themselves.

Still, this isn’t the first or the last study on the benefits of green tea.

There is a good chance that people who drink green tea take better care of themselves. So, while we cannot be certain their health is due to the green tea and not simply better care overall, we do know that green tea (whether directly or indirectly), can improve health.

Green tea contains EGCG, a powerful antioxidant believed to protect cells from damage by free-radicals or toxins. It’s believed this is what could hold the key to the cancer prevention properties of the age-old elixir.

It’s this EGCG that could also be responsible for stopping and even reversing cancer once it’s started. A study we reported on this past summer showed green tea extract was able to reduce enlarged and cancerous lymph nodes by more than 50%.

In addition, green tea is able to help with weight loss, protect skin from damage, and even prevent the flu. Adding green tea seems like a no-brainer. Just get a few cups a week to begin reaping the benefits.

One response to “Green Tea Shown to Protect against Digestive Cancer”