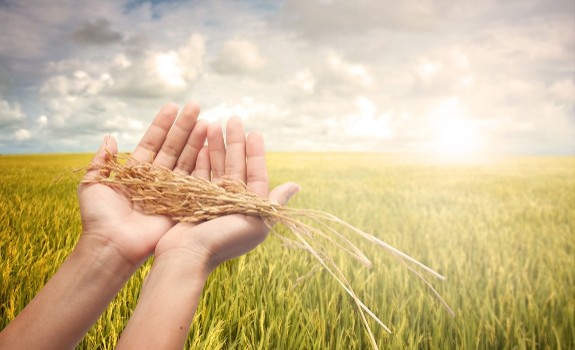 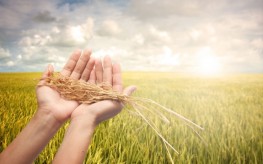 Don’t believe the hype and the lies. Pull the wool away from your eyes and realize that Monsanto, Dow, Syngenta, and the other companies in support of GMO crops are bamboozling all of us. We can feed the world without herbicides and pesticides that cause cancer, upset the endocrine system and cause organ damage. Just one of the many organic growing methods (called polyculture) that farmers have used for centuries – crop rotation – is a way to increase yields by as much as 10 fold, and it is better for the planet, too.

When we grow the same crop in the same soil repeatedly for years on end, it depletes the natural minerals that exist in the soil that make our food so nutrient dense. As evidenced by the obesity rates in America, we don’t need excessive processed foods – we need better food.

The time for toxic GMOs, nutrient-lacking fruits and vegetables, and the absolute murder of our bees that help to pollinate so many crops is over. Interestingly though, we don’t need to come up with entirely new systems of cultivation – though green sciences are beneficial. Some of the best solutions have already been used for thousands of years.

Crop rotation was used in the time of the Romans, the Egyptians, and throughout Asia and Europe well before the Middle Ages. It increased the nutritional value of the food and kept the nitrogen levels of the soil sufficiently high so that chemical fertilizers were not even a consideration. In the 16th century, a four-field rotation was very common. Crop rotation of this kind even fed livestock sufficiently.

Depending on the region where food is being grown, crops are rotated – climate, rainfall and the starting quality of the soil are taken into consideration.

Related Read: Victory Garden to Save us from GMOs

Cover crops can also be planted in order to add nutrients back into soil where it is lacking. Cover crops also protect soil against erosion – the roots keep the soil in place instead of being washed away after a heavy rain. Additionally, they attract worms which keep the soil aerated and better prepared for the next planting. Worm poop actually adds nitrogen and other important nutrients back into the soil – and its all organic. No Roundup required – sorry Monsanto. Other cover crops add potassium and phosphorous back into the soil, and therefore, into our foods.

A long-term, 9-year study showed how Midwestern farmers of the U.S. adopted organic growing methods, including crop rotation to reduce herbicide and chemical fertilizer use by 80%. By extending the conventional two-year corn-soybean rotation to a more diversified three-year and four-year rotation, corn and soybean yields rose, and no GMO seeds needed to be planted. Furthermore, this planting method lowered the fresh water toxicity levels in the area by more than 200 times. Profits per acre remained high utilizing these organic methods.

While Monsanto is telling you “Yes, food derived from authorized genetically-modified (GM) crops is as safe as conventional (non-GM-derived) food.” Scientists around the world say otherwise. We can feed the world without this toxic garbage they are trying to push on us as a necessity to feed the world. We just need to wake up and fight back – which many of us are doing right now!