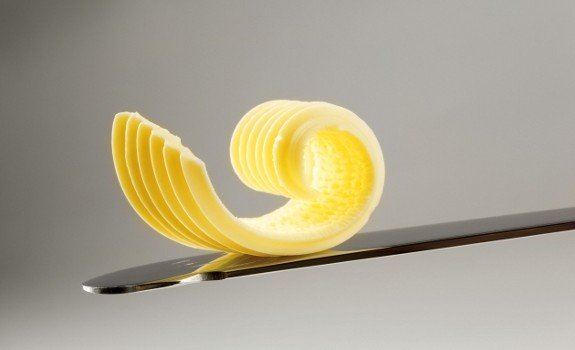 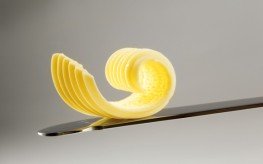 Is butter bad for you? For decades, the food processing industry has used advertising campaigns to successfully lie about the urgent and proven need to replace “unhealthy” butter with “healthy” margarine. But now we know that this teaching was nothing more than made-up. In the battle of margarine vs butter, you may now be surprised which comes out on top.

Even back in the 60s and 70s sufficient scientific evidence indicated that butter was far better than margarine for good health. Who knew? Nevertheless, the industrial fake food industry relentlessly convinced millions of us to eat margarine for health reasons. The commercial processed fake food industry merged with Madison Avenue, the AMA, and mainstream media to instill a whopper of a lie by reinforcing margarine as better for you. They claimed in unison that saturated fats made you fat and promoted cardiovascular disease.

Partially hydrogenated fatty acids in margarine damage arteries and blood vessels. They lower good cholesterol, and raise blood levels of triglycerides and lipoproteins leading to cardiovascular damage. They also raise C-reactive protein, an inflammatory and cellular dysfunction marker. Worse yet, they inhibit the utilization of essential omega 3-fatty acids as wells a prostaglandins, which eliminate blood clots. Additionally, a diet high in partially hydrogenated fatty acids has been linked to insulin resistance and type 2 Diabetes.

Butter vs Margarine: Butter Hierarchy: The Good, the Bad and the Ugly

So what should you be looking for?

Amazingly, the butter at the bottom of the pyramid is still better for you than margarine! Margarine is merely a lab created plastic food-like substance, not by any means a real food. It’s cheap to make, lacks nutritional merit, and damages health. But it has a longer shelve life and a higher profit margin than real butter.

Raw, organic butter is a superfood that won’t make you fat if consumed in moderation. It fact, it consists of short chain fatty acids (SCFA) and medium chain fatty acids(MCFA), which are not significantly stored as fat but easily used as energy.

This may finally be the end of the butter vs. margarine battle.

22 responses to “Butter vs Margarine: The Big Fat Butter Lie”