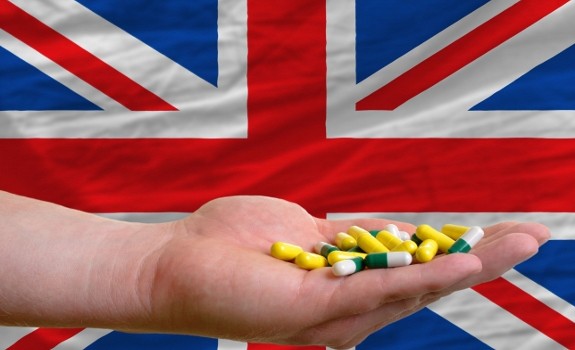 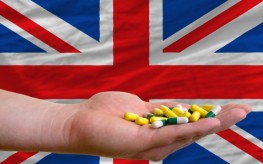 UK primary care physician Dr. Joseph Chandy has treated several hundred patients successfully with vitamin B12 injections. Two of his patients were even featured in a BBC report. One was disabled and misdiagnosed with MS, and the other was untreated for neuropathy that caused complete baldness. His simple treatments restored these hopeless patients’ lives, but UK medical bureaucrats insisted he stop until double-blind placebo testing could be done with his therapy. He was forced to stop treating his patients with B2 injections, and their symptoms returned.

Dr. Chandy got the medical authority’s attention because he was giving inexpensive B12 injections to patients whose blood serum B12 levels were above 150, which the UK medical establishment considers normal.

Dr. Chandy argued the proof was in his fully documented results. He didn’t want to stop helping his patients nor subject others to double-blind placebo testing.

Thanks to media exposure, and Dr. Chandy’s valiant persistence, he was allowed to resume with his patients under supervision. But he still refused to undergo random double-blind testing for his procedure. Meet the heroic Dr. Chandy and two of his grateful patients in this BBC video clip.

Vitamin B12 is Not Given its Proper Value

It’s well established that vegans and vegetarians are the most B12 deficiency-prone due to avoiding meat. Except for single cell algae chlorella, plant foods are poor sources of human-active B12. But meat and dairy consumers are not exempt from vitamin B12 deficiency. The usual symptoms of fatigue, depression, anxiety, and anemia are often misdiagnosed for other diseases, and B12 is ignored.

Related Read: Veganism and B12 Deficiency

Regardless of diet, it’s estimated over 80% of the population is vitamin B12 deficient. This is due partly to the current poor treatment of meat and dairy producing farm animals.

There is also the probable factor of a diminished or missing intrinsic value in the human digestive system. The intrinsic factor is a special protein produced in the small intestine that is key to extracting B12 from foods and assimilating it into the blood.

Also, common blood serum tests may read high enough, but the readings include what is termed human-inactive B12, which your cells cannot metabolize efficiently or at all.

Proper testing and supplementation should be looked into by everyone, even though B12 blood levels are considered normal, whose energy is chronically low or whose health is sub-par or manifesting any neurological symptoms listed in this source, which also contains a wealth of other B12 sources, books, and forums.

Dr. Chandy’s dilemma points to the basic flaw of blood level testing for B12. Despite “normal” readings, he gave his patients serious B12 supplementation by injection and they thrived.

The blood serum test indiscriminately includes both types of B12: human-inactive and human-active. Only human-active B12 should be counted as it is the only B12 that is metabolized throughout the body’s cells and even DNA.

If your blood serum test is normal or better, 150 to 200, and you are still experiencing symptoms of low energy, neurological issues, or generally bad health, indirect testing should be tried.

Testing urine for high amounts of Methylmalonic Acid (MMA) is more accurate. MMA is high when B12 metabolism is low. Another indirect indicator is a high homocysteine. Without sufficient human-active B12 and other B vitamins, homeocysteine doesn’t get broken down enough.

High homocysteine levels are considered better cardiac risk markers than LDL cholesterol counts by up-to-date medical practitioners. Both MMA and homocysteine have inverse relationships to B12 levels and serve as accurate indirect tests for human-active B12 levels.

But What If You Can’t Get Those Tests?

In my opinion, it won’t hurt to “self medicate” with B12 if all that testing is beyond your financial means or you don’t have access to cooperative medical practitioners. I once did this in Mexico for a few months using disposable OTC syringes. Probably the worst that could happen is – nothing happens! Which means your symptoms of low energy and neurological distress are based on other factors or are part of an actual autoimmune disease that should be given attention.

Unfortunately, the most commonly used B12 for OTC supplements and doctors’ injections is considered the worst – cyanocobalamin. It’s been observed to be counterproductive by diminishing the body’s methyl groups necessary for assimilating B12. I have no idea what Dr. Chandy was using.

Look or ask for methylcobalamin to supplement vitamin B12. It can be injected or applied with a body patch or sublingual tablet for direct absorption into the blood to avoid digestive issues that impede B12 assimilation. It’s also wise to maintain a decent level of the rest of the B complex while going heavy with B12.

Considering the ignorance surrounding B12’s overall importance and supplementation, we need to take responsibility for it ourselves.