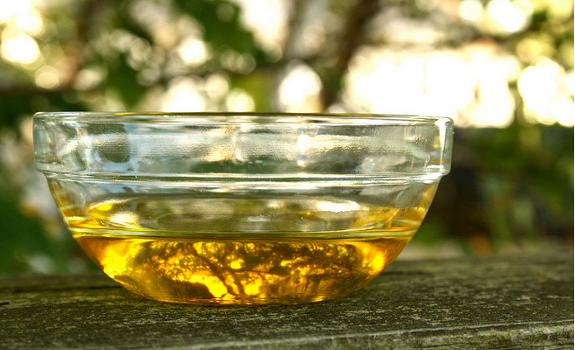 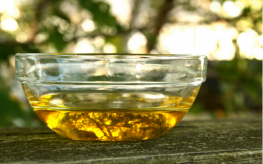 I have to thank my sister’s friend in France for tipping me off on the latest nutrient wonder – Camelina Oil, a Wild Flax oil in a category all its own. The plant is seen as a weed just as health-boosting dandelions are, and is often ignored. We stumbled upon it in discussions with loved ones about alternative ways to heal my mother’s Alzheimer’s naturally, after watching her decline on $400-a-month pharmaceuticals. We haven’t tried Wild Flax oil, also known as Camelina sativa or Siberian Oilseed yet, but the sheer amount of Omega 3s in this plant is both staggering and promising.

This seed was once grown across thousands of acres of land in ancient times, but a shortage of agricultural acreage in Germany caused the Communist government to ban this nutrient-dense plant, and forced farmers to plant regular flax instead, which then yielded higher harvests per acre. What they probably didn’t realize at the time was that they were sacrificing quantity for quality.

Camelina oil has approximately 45% omega 3s, the three polyunsaturated fatty acids found primarily in plants, and some fish, which account for DHA, EPA, and ALA. These nutrients are vital for our bodies, needed for everything from clear cognitive functioning to a boosted mood and a healthy metabolism. These fatty acids cannot be made by our own bodies; we must obtain them from an external source.

In an article published by the Washington Post, it was shown that participants in a study whose brains were studied with MRI brain scans, suffered greatly if their Omega 3 levels were low.

“Those with the lowest levels of omega-3s showed signs of accelerated aging. They had lower brain volume, indicating shrinkage comparable to two additional years of aging. Compared with those with the highest blood levels of omega-3s, they scored lower on cognitive tests measuring such things as memory, problem solving, abstract thinking and multi-tasking.”

Omega 3’s, found in high-quantities in Wild Flax, or Camelina Oil, clearly improve brain functioning, but they also do wonders for those suffering from depression. Not only are these fatty acids essential for childhood development, but they can influence levels of happiness. Omega 3s boost mood, and can even reduce aggression and self-injurious behaviors in Autistic children.

This underutilized oil is high in natural antioxidants and tocopherols as well. If you or someone you love suffers from dementia, depression, Autism or inflammation, Wild Flax just might be the answer you’ve been looking for.