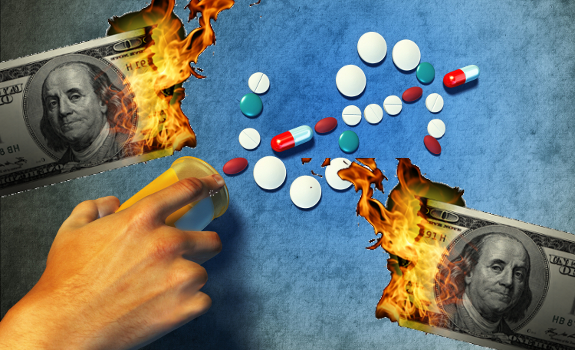 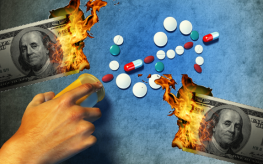 (NaturalSociety.com) What would you say if 10 of the top 26 pharmaceutical companies had been telling you bold faced lies about the drugs they sell you? Would you be upset? Irritated? Maybe on a good day, bemused? According to 2 papers published by one of the most prestigious medical journals – The New England Journal of Medicine – even seemingly-astronomical fines aren’t keeping Big Pharma honest.

In just the past several years, this industry has been fined more than $11 billion dollars for putting people’s health in serious detriment – but to no avail. A leopard really doesn’t change its spots.

When GlaxoSmithKline was fined $2 billion, do you think it made them change their ways? They kept right on bribing doctors and their families with VIP tickets to see Madonna in concert or fully-paid vacations to tropical getaways like Hawaii in order to get them to prescribe their drugs. Prosecutors said ‘safety took a backseat to profit.’ However, is a measly $2 billion really much more than a slap on the wrist to a company who enjoys billions in sales annually, with profits that have more than tripled in just the past three years?

“But questions remain about the efficacy of fines and corporate integrity agreements in deterring corporate misbehavior. The 2012 fines against Abbott Laboratories and GSK represent a modest percentage of those companies’ revenue. Companies might well view such fines as merely a cost of doing business — a quite small percentage of their global revenue and often a manageable percentage of the revenue received from the particular product under scrutiny. If so, little has been done to change the system; the government merely recoups a portion of the financial fruit of firms’ past misdeeds.”

Furthermore, drugs are being promoted for use, for far more than what they are legally licensed. Drug companies are also known to withhold data which shows that drugs are unsafe or questionable in order to gain FDA approval. Some companies will go so far as to fake thousands of documents – not caring that they are putting people’s health in serious question all the while.

The lies of Big Pharma have eroded public trust and made a mockery of the FDA. Even specialist lawyers warn that multi-billion dollar fines are not adequate to change the industry’s behavior. Their pockets are too big, and the possible gains of promoting and new drug are too great. They just take these little monetary nuisances in stride.

“One partial solution would be to impose penalties on corporate executives rather than just the company as a whole. Boston whistleblower attorney Robert M. Thomas, Jr., embraces this approach: ‘GSK is a recidivist. How can a company commit a $1 billion crime and no individual is held responsible?'”

Drugs like Wellbutrin and Paxil, for example, both antidepressants, have been grossly mis-marketed in the US. In a clear betrayal of clinical responsibility, big Pharma continues to put profits before people. (So called ‘antidepressants’ are only 20% more effective than placebo tablets that have no active ingredient whatsoever. They can also be addictive and cause serious damage, including fatalities in the case of overdose.)

Until Big Pharma stops handing out damaging drugs like Halloween sweets, we need to stop buying them, and doctors need to stop prescribing them. I challenge doctors to tell their patients the truth about disease and how it is caused.  Drugs will not cure social ills, unemployment, poor housing, soiled water, and defunct soil. Germans call the state of the world ‘status kranken’ which means sick state. It is Big Pharma who is really sick, not the people of the world.