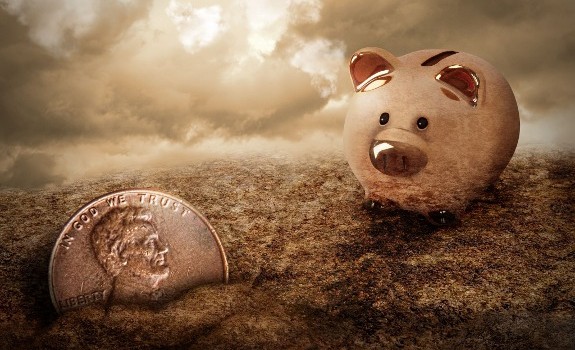 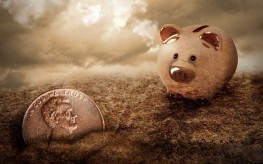 If you’ve wanted to look at GMOs purely from the financial bottom line, then this news should make you think twice about Biotech’s promises of better farming and better business. If GMOs really produced a higher yield and feed more hungry people, then why are GMO corn farmers losing land and pushing through debt?

GMO corn farmers are suffering primarily due to Bt-corn. Bt stands for Bacillus thuringiensis; it is the donor organism for genetically modified plants that are supposedly resistant to Round Up Ready chemicals, used profusely by Monsanto. There have been invasions of Bt-corn into organic crops, but this isn’t the issue in a purely financial assessment of GMOs.

GMO-free advocate, Farmer-Scientist Partnership for Development has just released a book which explains the adverse effects of GMO-corn on farmers and shows ‘evidence of failure’ of what was supposed to have given farmers increased yields and better income. They are calling GMO a ‘vicious cycle of poverty’. Farmers all over the world are finding themselves with poor harvests and lack-luster incomes.

“Promoters of GM crops always recite a litany of benefits including better yield, use of less pesticides, (being) less labor-intensive and improved income of farmers despite lack of sufficient evidence.”

Medina points out that these benefits are promoted without truly considering socio-economic factors and long-term impact of GMO on soil, and biodiversity. The environmental effects alone could bankrupt an entire country. Medina said, “data on the socio-economic impact of GMOs are rarely and dramatically laid bare.”

The Philippine government gave a big nod to Bt-corn over 10 years ago, and since then more than 10 varieties have been approved for commercial propagation. This is more than enough time to consider the financial outcome of such a decision. And it isn’t looking good. Unfortunately, GM foods such as Bt eggplant and Golden Rice have been “field-tested” and are said to be up for commercialization – disheartening news when the Bt corn has done enough damage all on its own.

Farmers were enticed into buying GMO Bt corn at an introductory price back in 2000, one that was comparable to regular hybrid corn, and then GMO seed companies simply baited and switched – jacking up prices similar to what you might expect with cell phone companies or insurance companies.

Using one example reported by the book, Round Up Ready GM corn was cheaply offered at P2,800 per 18-kilo bag in Cuartero, Capiz – good for planting an entire hectare. In 2008, the cost skyrocketed to P4,600 for a 9-kilo bag and P9,200 for two bags of RR corn seeds. The prices of fertilizers and pesticides also increased. In the end seeds, fertilizers and pesticides cost farmers almost 50% of their profits. They also cost the community their health and the future generations of farmers, depleted soil and a negatively impacted environment.

As one Filipino farmer put it, “Nakain mo na, di mo pa naani.” (You’ve already consumed what you have yet to harvest.) If the world utilizes the lessons of this country, we could stop the financial blood-letting which is about to ensue. Monsanto as well as the other GMO thugs just swindled us all. GM seed isn’t even good for the pocketbook.