No matter how overweight you are

We are officially 1 month deep into 2015 – have you been working toward your New Years Resolution? An improved lifestyle is both a venture and a destination, and it can be achieved by anybody. Below are 5 celebrity examples of how anyone can lose weight – no matter how overweight one might be.


Although celebrities have access to high-end fitness trainers and dietitians, they still have to make some serious lifestyle adjustments and work for that bodily shift. But truthfully, you don’t need either of those things. All that’s needed is persistence, discipline, consistency, and a little research. Anyone can achieve lasting weight loss – here are 5 inspirational examples of people we all may recognize. 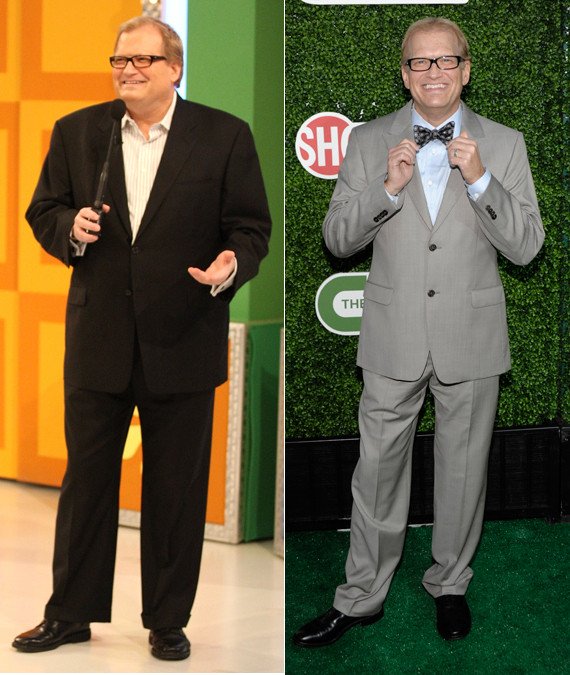 For the well-known comedian Drew Carey, being overweight was becoming a problem. He dropped a whopping 80 pounds to get in shape for his role as host of The Price is Right when he took over for Bob Barker in 2007. He reportedly dropped the pounds by largely omitting carbs and drinking only water. In addition, he stuck to a diet high in protein, fruit, and veggies, while performing cardiovascular exercise 6 times a week.

Carey revealed to ET what he ate during practice to stay fit and boost his health: “I eat very clean… I bring a protein bar, my little thing of fruit, and I just drink water.”

After losing 80 pounds since January 2010, Carey told People magazine he no longer needs medication for his Type 2 diabetes.

Known for his role in The Hangover, Zach Galifianakis looked unrecognizable at this weekend’s SAG Awards when he picked up an award for “Outstanding Cast” in the movie “Birdman.” Though it first ‘made headlines’ in October when he showed up to the screening of Birdman, having gone down a few clothing sizes.

It’s estimated that Galifianakis may have lost as much as 50 pounds.

Read: 7 of the Best Foods for Weight Loss 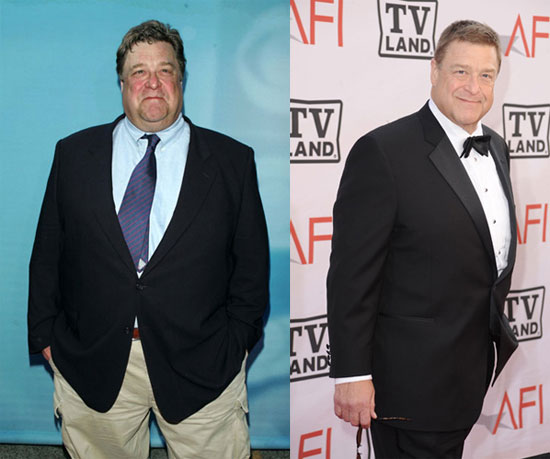 John Goodman has always been a big guy, but he tipped the scales at 368 pounds in 2007. Since then, he quit drinking, cut sugar out of his diet, and began to incorporate active daily routines. After exercising 6 days a week, he has lost more than an estimated 100 pounds. 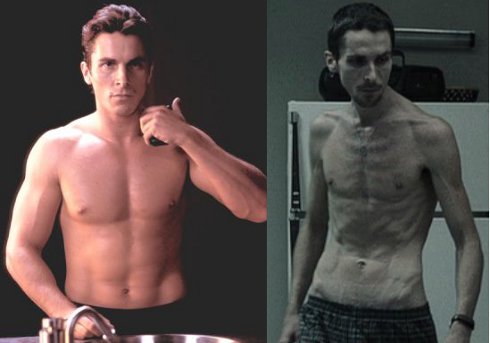 Christian Bale, known for his role as Batman and Patrick Bateman in American Psycho, seems to have a handle on physical transformations. He has gone through roles that require him to look sickly (The Fighter), meaty and overweight (American Hustle), and physically fit (The Dark Knight).

He lost a startling 63 pounds to play a chronic insomniac in the film The Machinist in 2004. For this very dramatic (and not healthy) type of weight loss, Bale reportedly hardly ate and over exercised to trim himself to only 122 pounds (he’s 6 feet tall!). Though he did take supplements in an attempt to attain nutrition.

Not exactly a healthy way to reach what is in actuality an unhealthy goal – but it’s still an example of what can be achieved when worked for. 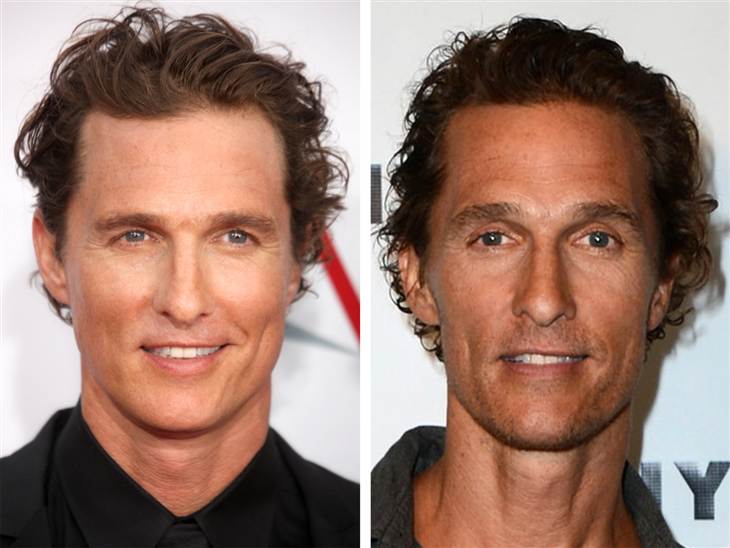 Matthew McConaughey is said to have lost over 50 pounds to get down to the weight required to play the lead character, Ron Woodruff in the recent film, Dallas Buyers Club. This compares with his normal, physically-fit self.