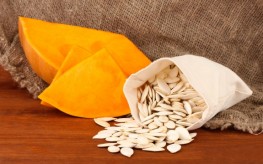 An estimated 40% of elderly adults are zinc deficient, but the elderly aren’t the only ones at risk. Because zinc plays an important role in immune function and growth, it’s presence is important whether you are over the age of 60, under the age of 20, or anywhere in between. A recent study attempted to determine just how zinc can help fight infections, and its results offer some promising data supporting zinc as a non-Big-Pharma health booster.

A research team from Ohio State University discovered that zinc “gently taps the breaks” on an immune response, helping to prevent damaging inflammation.

The researchers determined zinc is lured into immune cells (monocytes) via a protein. It’s within the cells that the zinc essentially stops the immune system from “doing too much”, preventing excess inflammation.

“The immune system has to work under very strict balance, and this is a classic example of where more is not always better,” explained Daren Knoells, senior author and professor of pharmacy and internal medicine. “We want a robust inflammatory response, which is part of our natural programming to defend us against a bug. But if that is unchecked, and there is too much inflammation, then it not only attacks the pathogen but can also cause much more collateral damage.”

The zinc tells the immune system to exercise some restraint, in other words.

The research was specific to the infection known as sepsis, common particularly in intensive care units and often fatal in these environments. But the research can be applied to basic immune boosting as well, for instance supplementing with zinc at the onset of a cold.

But the researchers believe it’s important to start with enough zinc rather than attacking with zinc when the infection manifests. In other words, ensuring you have enough zinc in your diet in the first place can help an infection from taking root and can help shorten a cold or flu, for instance, if they do occur.

The researchers did stop short, however, from recommending zinc supplements to people with sepsis or at risk of getting the deadly infection.

If you want to build up your zinc levels, you can do that easily without any supplements. Zinc is especially rich in foods like: oysters, roast beef, wheat germ, pumpkin seeds, dark chocolate, and peanuts.