Not only did Novak Djokovic handily just win the French Open against the number 2 player in the world, he won after adhering to a gluten-free diet.

While such an accomplishment has become standard for Djokovic, going gluten-free after a lifelong diet of wheat food products was entirely new. Having been diagnosed with celiac disease by his doctor, the world’s top tennis player knew that he would have to make the diet adjustment sooner or later.

“It did change my life,” he said this week at Roland Garros. “Ever since 2010, I have been very much evolving in terms of food, in terms of finding out new ways to improve my health. I think generally in today’s society, people tend to speak about how sick we can get and all the different illnesses that can cause us to feel bad. But nobody talks about how healthy can we really be.”[1]

First a little history about gluten. All foods made with wheat, oats, barley, and rye are considered gluten products because they contain the same difficult-to-digest protein. “Gluten is the composite of the storage proteins, gliadin and a glutenin, and is conjoined with starch in the endosperm of various grass-related grains.” [2]

“Gluten (from Latin gluten, “glue”) is a protein composite found in wheat and related grains, including barley and rye. Gluten gives elasticity to dough, helping it rise and keep its shape and often gives the final product a chewy texture.” [2]

What happened over the centuries is that the bakeries in Europe systematically favored the more glutenous bread and pastry doughs. Not only are they more chewy and tasty, they stayed fresher longer. Because of this constant “selection of the best” doughs, what predominates around the globe today are the most glutenous grains in all bread and other bakery products.

Hidden Gluten: 7 Foods You May Not Know Contain Gluten 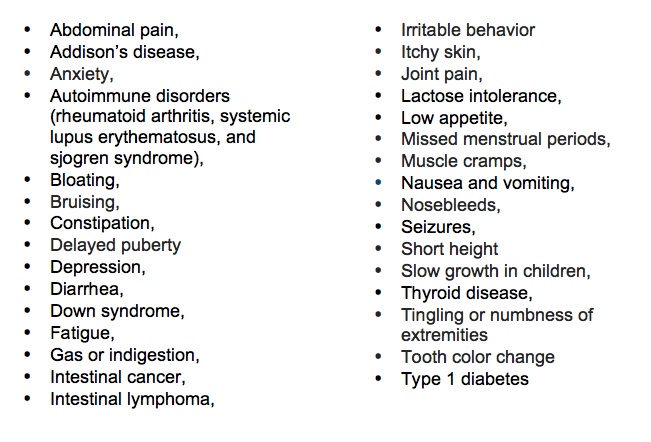 Celiac sprue is the disease that Djokovic’s physician said he suffered from, even though it may not have been a serious case. However, when you’re playing world class tennis at the very highest level for years, it is critical that the human body functions like a finely-tuned machine. Celiac disease so profoundly undermines health that it prevents the state of optimal wellness from being experienced.

As a matter of fact, Celiac sprue disease is known to be the precursor to as many as 200 other medical ailments and heath conditions.  These include such diseases and illnesses as Metabolic syndrome, Chronic fatigue syndrome, Irritable bowel syndrome, Intestinal dysbiosis, Multiple chemical sensitivity and Environmental illness syndrome.

Celiac sprue has particularly been implicated in a variety of autoimmune conditions.  Because the mucous membranes of the intestinal tract are gradually degraded by the Gluten sensitivity, the lining becomes quite compromised and dysfunctional.  This permits undigested proteins and the like to pass through the destroyed membranes, which then wreak havoc throughout the body, often triggering a whole host of food allergies.

When this insidious condition is allowed to proceed unaddressed, it can set the individual up for a number of serious autoimmune diseases as follows: 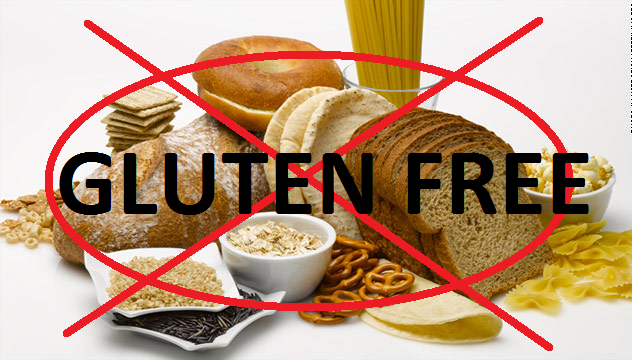 Once Novak Djokovic came to the conclusion that he had Gluten sensitivity, as well as Celiac disease, he simply had no choice but to transition to a gluten-free diet, especially if he was to maintain his world ranking at #1 in men’s tennis.  Many other professional athletes have likewise made the transition away from wheat-based diets with similar success.  Clearly, for those who are definitively diagnosed as gluten sensitive, a gluten-free diet is the only alternative that will allow them to reclaim their robust health.

There are also some “non-classic presentations” of celiac disease which require an authoritative diagnosis by a qualified physician.  If a combination of the medical conditions shown below have been diagnosed, or are common in the family medical history, Celiac disease must be considered as a distinct possibility. 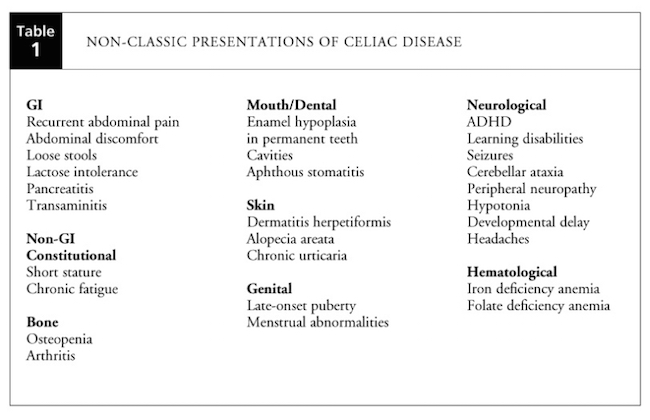 Wheat: To eat or not to eat?