Why the WHO Admits Pesticides Lindane and DDT Cause Cancer

Why does it always take so long to hear the truth?

The World Health Organization recently pronounced that the insecticide Lindane is directly linked to increased rates of cancer – specifically Non-Hodgkin lymphoma. The organization also reports that DDT is ‘probably carcinogenic to humans.’

What is interesting about the recent pronouncement is that it took place after lindane was banned by both the U.S. and EU. For some unknown reason, it took the WHO a half a century to come to the conclusion that lindane causes cancer.

As officially reported by The Lancet:

“In June, 2015, 26 experts from 13 countries met at the International Agency for Research on Cancer (IARC; Lyon, France) to assess the carcinogenicity of the insecticides lindane and 1,1,1-trichloro-2,2-bis(4-chlorophenyl)ethane (DDT), and the herbicide 2,4-dichlorophenoxyacetic acid (2,4-D).

…The insecticide lindane was classified as “carcinogenic to humans” (Group 1)

…The insecticide DDT was classified as “probably carcinogenic to humans” (Group 2A).”

“Dr Kurt Straif, Head of the IARC said the evidence on lindane and cancer was largely based on studies among agricultural workers that showed a consistent, approximately 50% increase in risk, with higher risks in heavily exposed agricultural workers.” [1]

What is particularly troublesome is that lindane was removed by the Environmental Protection Agency for use in agriculture in 2006. This occurred after the EPA had it under review for 30 years and called it “one of the most toxic, persistent, bioaccumulative pesticides ever registered.”

Lindane Approved for use in Pharmaceutical Creams despite Proven Carcinogenicity

Curiously, this very same product is still approved as a pharmaceutical agent which is often used in the treatment of contagious skin infestations.  The medical profession likes to use an aggressive approach toward skin conditions like scabies and lice in order to arrest the contagion.  Especially in big families or close quarter communities, they feel that stopping the spread of the mites or lice is more important than the adverse side effects that might be experienced by the first victim(s).

“For instance, in the United States, mixed HCH has been banned as an insecticide, but lindane may still be used, either as a pesticide or as a pharmaceutical for topical application against head lice and scabies.” [2]

Also known as gamma hexachlorocyclohexane (HCH), lindane is not the kind of chemical compound one would want in the food supply or pharmaceutical medication. Not only is it now linked to Non-hodgkin lymphoma, it has also been shown to cause liver and kidney damage in research studies.

The Lindane Education and Research Network reports that: “chronic toxic effects may also include shortened life span, reproductive problems, lower fertility and changes in appearance or behavior.” Animal studies further demonstrated that lindane may cause lung problems such as delayed pulmonary edema. [3] 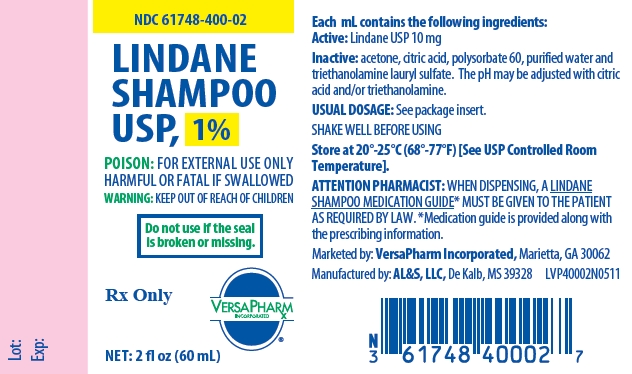 Why is the Lindane Story so Important?

Like the WHO’s admittance that Monsanto’s glyphosate is likely carcinogenic, this proclamation is so important because there are literally thousands of other chemical compounds and pesticide formulations in use today which have gone through a similar timeline. They are utilized for decades until people start developing cancer or dying from other unnatural causes. Eventually the profound health consequences are recognized or environmental damage is observed and the products are put under review.

Then, after many years they are slowly removed from the market with warnings and caveats until they are finally banned from being used. Nevertheless, they remain approved for certain applications despite the scientifically proven dangers and risks associated with their use.

Often is the case that expired stocks of these banned insecticides and the like are shipped to Third World countries where their misuse does untold destruction to the environment, people, and animals.

The entire cycle of lindane’s wasteful production and use contributes to the contamination of people, water, land, and wildlife all over the world. Lindane composes less than 20 percent of the raw hexachlorocyclohexane (HCH) mixture needed for its production; the remaining 80 percent is waste, much of which is accumulating in the backyards of some of the world’s poorest people. [2]

Only when the farmers and consumers the world over demand that toxic insecticides not be used at any time during the agricultural growing cycle will they be outlawed, once and for all. The vast majority of chemicals routinely utilized in corporate agriculture do not belong anywhere near the food supply or body care products. To continue down this chemical farming road will only set up one public health disaster after another, one medical crisis after another.