Why You Can’t Separate GMOs from their Biotech Chemicals

A hazardous storm on our health

A glaring omission from almost all biotech discussions of genetically engineered crops is the fact that not one, but a host of chemicals is required to grow them. Perhaps the word ‘required’ is overwrought with cynicism, but “over 75 percent of GMO crops are engineered to tolerate being sprayed with herbicide.” This means that if one were to honestly and accurately portray the safety of GM crops, they would also have to prove that the herbicides and pesticides used to grow them were also safe – at least generally speaking, with the GMOs we have today. They are manufactured, and marketed to be used in synergy. 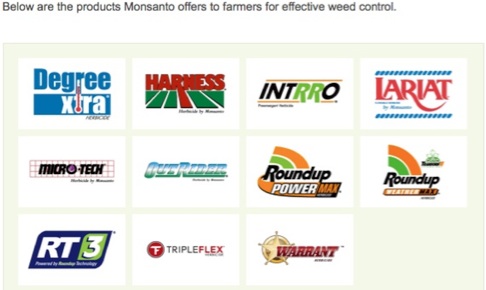 The biotech industry fails to mention in arguments about GM ‘safety’ that:

They fail to say a word about the fact that chemicals like Atrazine demasculinizes vertebrates, and causes ovaries to shrink.

There is no conversation worth having about GMOs that doesn’t also include a discussion of the WHO’s IARC declaration that glyphosate is likely carcinogenic, and so are numerous of the other herbicides used to grow genetically modified crops.

Though the USDA can continue to downplay its own scientific inquiry into Monsanto’s herbicide, 200 million pounds of Roundup was dumped in one year recently – and yet we look away when cancer rates, autism rates, gastrointestinal disease, neurological, immunological, and endocrine diseases are rising. Roundup was considered by some to be the ‘safest’ of Big Ag chemicals.

Germany, France, and other EU countries have banned the sale of glyphosate, just one of the many Big Ag chemicals being poured all over our food – GM particularly. But the global glyphosate market is expected to reach $8.79 billion by 2019.

The USDA continues to ignore farmer concerns, and has now given a green light to Dicamba-resistant seed. Use of this herbicide is expected to rise up to 500 times the current levels.

In a 2007 report from the EPA, we can see that herbicide use is escalating, despite environmental, biological, and socio-economic concerns. They have not released an accurate accounting of the use of agrochemicals in the past several years:

Why do we argue about GM seed when the stuff used to grow them is so insidious? This is the elephant in the room, but Monsanto, Bayer, Dow, and Syngenta would like you to ignore it altogether.

“The biotech industry almost never mentions the darker twin sister of GMOs – the pesticides that are paired with them.”