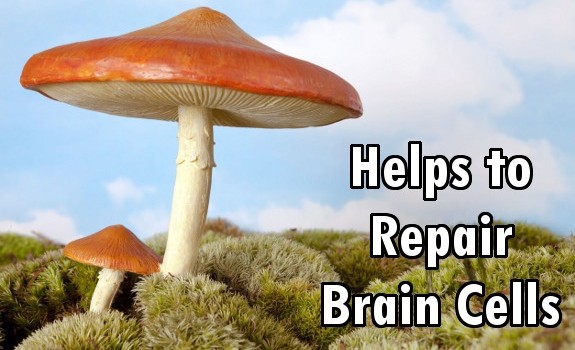 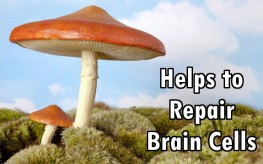 You may know them as “shrooms”, “Magic mushrooms”, psilocybic mushrooms, or you may not know them at all. They are a natural plant that, like marijuana, is banned by the U.S. Government. But like marijuana, these mushrooms may not be without medical properties. Like marijuana, they could deserve a place on natural medicine shelves for their ability to treat depression, eradicate mental illness, and improve cognition – not in police evidence rooms.

According to research from the University of South Florida, psilocybin, the active component within psychedelic mushrooms, is able to grow new brain cells—potentially offering treatment for mental illness and improving cognition.

The study, published in Experimental Brain Research, says psilocybin is able to bind to special receptors in the brain that stimulate healing and growth. In the case of these mushrooms, brain cell growth occurs. In mice, the researchers found psilocybin to actually help repair damaged brain cells and cure or relieve PTSD and depression.

Lead researcher, Dr. Juan R. Sanchez-Ramos, tested the effects of psilocybin by training mice to fear an electric shock when they heard a noise associated with the shock. Then, by giving them psilocybin, the mice were able to stop reacting to the noise-trigger much faster than those mice not treated with the mushroom compound.

“The proposition that psilocybin impacts cognition and stimulates hippocampal neurogenesis is based on extensive evidence that serotonin (5-hydroxytryptamine or 5-HT) acting on specific 5-HT receptor sub-types (most likely the 5-HT2A receptor) is involved in the regulation of neurogenesis in hippocampus,” says Dr. Sanchez-Ramos according to NaturalNews. “The in vitro and in vivo animal data is compelling enough to explore whether psilocybin will enhance neurogenesis and result in measurable improvements in learning.”

Other research also shows that this same compound could greatly help with depression, helping the majority of participants in one study achieve great well-being.

Psilocybin is referred to as a “nootropic” agent, or one that has numerous functions in the brain that can improve hippocampus health. The hippocampus is part of the brain responsible for learning as well as converting short-term memory to long-term memory. New brain cells in the hippocampus from the psilocybin translates into a healthier and sharper brain overall.

The research on psychedelic mushrooms is limited—far more limited than the research on marijuana. Because these mushrooms are known for causing hallucinations, unguarded self-treatment isn’t recommended. However, this plant, like marijuana, does not deserve a place in the Schedule I classification of illegal substances. Like marijuana, the U.S. government has determined ‘shrooms as having no medicinal value’—an obviously-flawed determination.