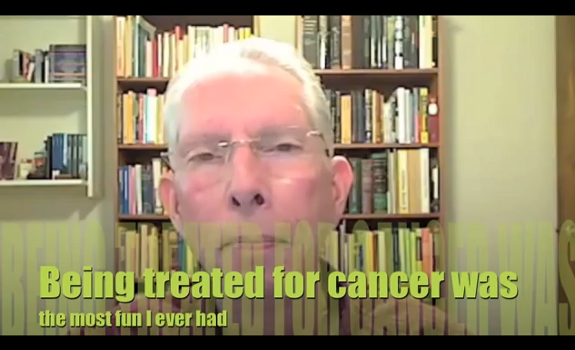 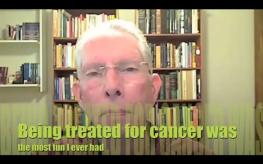 When someone is assigned to hospice, it means that he or she has six months or less to live. All medical interventions are canceled, especially since by that time the patient is completely worn out from orthodox treatments and can’t take anymore. While in hospice, the main treatment is morphine to reduce pain, that’s it. For an older person dying of cancer to leave hospice under his own power is somewhat of a miracle, but that is exactly what at least 2 people have done thanks to the healing powers of cannabis.

I’m presenting two such cases, and the miracle worker for each was cannabis. The most recent case involved Nevada City, California resident Ed Moore. Ed was a mess with liver cancer that was stage IV with a seven inch long tumor which had metastasized into his lymph nodes. Ed was around 70, and the doctors told him to pack it in; he was done.

Upon receiving packets of IV morphine from hospice, Ed and his wife Beate decided to take advantage of the fact they could make their own cannabis oil from the hemp they grew on their land, and they also enlisted the service of a local naturopath who put Ed on a list of natural ingredients to support the healing process of cannabis.

The last word from Beate was that Ed is able to exercise and eat now, he’s regained lost weight, and his tumor is less than half the size when diagnosed. Another true story comes from Stan and Barbara Rutner, who also reside in California.

Stan was sent to hospice after the chemo and radiation treatments for his lung and brain cancer had almost killed him. He was approaching 80 years of age, and now he couldn’t walk or be without his oxygen apparatus 24/7 after leading an active life. But his son-in-law researched cannabis and told his daughter to recommend it to Stan.

Stan’s attitude was ‘why not’; nothing else has worked. His use of coconut infused cannabis capsules bailed him out of hospice, enabled him to be without the oxygen canister, and allowed him to walk around as much as he wanted with a walker or cane. And yes, a final CT Scan concluded that all trace of cancer were gone earlier this year. Here’s their video presentation.

Another case, Dennis Hill didn’t have to go to hospice, though he was diagnosed with stage III prostate cancer. And as a former teenage pot smoker and former biochemist who worked as a cancer researcher at MD Anderson Cancer Institute in Houston for several years, he was ready to use cannabis after living in California for two decades.

He completely treated his cancer with cannabis oil in six months with the support of his doctors. He never had to compromise his lifestyle other than improving his diet, he never missed a day of work as a software engineer, and as a former college athlete who loves to run, he continued that daily regimen without a problem. He actually enjoyed his process.

As a scientist, he wrote up two papers explaining how the major cannabinoids THC and CBD work synergistcally with the immune system and endocannabinoid system to do their magic. You can view his testimony and download his papers here.