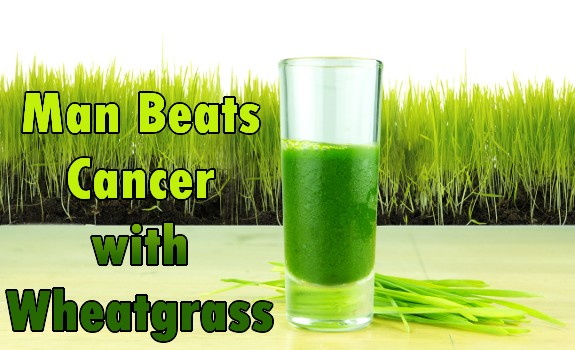 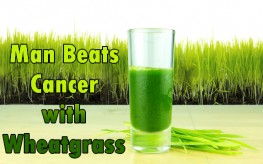 It’s truly amazing, how someone can use something as simple as baking soda or vitamin C to overcome life-threatening conditions. There are so many stories about how people utilize mega-doses of natural substances to wipe out disease, and you’re about to hear one. This story is about a 74 year old man with stomach cancer, and how he ignored chemotherapy only to overcome his disease with wheatgrass.

Danny McDonald from Dunaff, Ireland received terrible news from mainstream medical professionals at the late age of 74. After an ulcer suddenly burst within his abdomen, he was rushed to the hospital where doctors struggled to control the bleeding. But the doctors found something more; they found that a form of stomach cancer had spread throughout his body. Not surprisingly, they advised that McDonald go through intensive chemotherapy. They also told him that due to chronic stomach cancer, he would be dead within 3 months if he refused this conventional (and toxic) form of treatment.

“I told the doctors I wasn’t prepared to undergo the course of treatments they had suggested,” Danny said, according to Sunday World. “I knew it would kill me. They were furious I had come to that conclusion. The consultant warned me I’d be dead in three months.”

Danny refused the chemotherapy, even if it made the doctors furious. Instead, he decided to go with a natural, nutritional approach. He remembered hearing about the healing properties of wheatgrass from a friend years earlier, and the more he thought about it and researched it, the more convinced he became that this could be a solution. Using decades of acquired skill in farming and tending to land, Danny went back to his farm to grow tons of wheatgrass.

“I didn’t know what to expect, but I was determined to give it a go,” recalls Danny. “Within seven days the burning sensation I had in my side was gone and I was beginning to feel a lot better. I stopped taking the tablets which had been prescribed and I haven’t taken one since. A month later the pain had completely disappeared and I knew I was on the mend. The wheatgrass was working. I had made the right decision to reject the advice of the doctors.”

“I know a lot of doctors think wheatgrass doesn’t have the qualities to kill cancer, but I am living proof that it does,” he adds. “And although many doctors won’t admit it publicly, gradually they are coming around to see the benefits of wheatgrass.”

Four years later, Danny is alive, healthy, and cancer-free. More than 2,600 people have beaten a path to Danny McDonald’s farmhouse to discover how he utilized something as simple as wheatgrass to beat cancer.

“People ask me how I did it and I just say one word, ‘wheatgrass.'”

11 responses to “True Story: 74-Year-Old with Weeks to Live Beats Cancer with Wheatgrass”