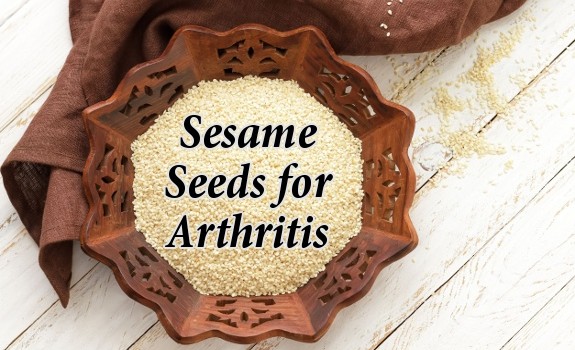 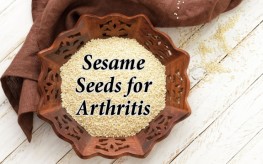 When you experience pain or illness, where do you go? A recent study published in the International Journal of Rheumatic Diseases indicates that something in your kitchen may be able to compete with your conventional medicine cabinet if you suffer from knee arthritis. Specifically, you need to reach for the sesame seeds.

Researchers with Tabriz University of Medical Sciences sought to compare the effectiveness of sesame seeds to the effectiveness of non-steroidal anti-inflammatory drugs (NSAID), a common solution for knee osteoarthritis. They found the seeds to offer benefits without side effects. The same couldn’t be said for the NSAID treatment, though.

Knee osteoarthritis is a degenerative joint disease. This simply means it is one that accompanies aging and gets worse overtime. It exhibits itself through pain, swelling, loss of motion, and even bone growths like spurs and disfigured cartilage. The CDC says that it could affect more than 12% of adults over the age of 60.

Generally, people who suffer from knee arthritis are given NSAIDs like Tylenol and ibuprofen. Glucosamine is also often offered as a supplement.

Check out these 12 health benefits of sesame seeds and sesame oil.

For their study, the researchers from Tabriz compared sesame seed supplementation with a Tylenol and glucosamine regimen. Twenty-five participants took 40 grams of powdered sesame seeds each day, while the other group of 25 took two 500 mg doses of Tylenol twice daily along with 500 mg of glucosamine once a day. The study period was two months.

Participants’ pain intensity was measured on a scale of ten. Before the treatment, the sesame group had an average pain intensity of 9.5. After the two month period, it had dropped remarkably to 3.5. For those on the NSAID/glucosamine regimen, the pain intensity fell more modestly from 9 to 7.

In addition, measurements were taken on a questionnaire and a “Timed Up and Go” test. Sesame and the NSAID regime performed similarly on these tests.

Not only did the sesame seeds outperform the conventional treatment in pain management, it did so without side effects. Tylenol and other NSAID treatment methods often come with a slew of warnings. Like many medicinal foods, sesame seeds have none.

“Up to now there have been no human studies to evaluate the effect of sesame (Sesamum indicum L.) in osteoarthritis patients; this study was designed to assess the effect of administration of sesame on clinical signs and symptoms in patients with knee osteoarthritis (OA)…There was significant difference in pain intensity between the two groups (P = 0.004) after treatment…The present study showed a positive effect of sesame in improving clinical signs and symptoms in patients with knee OA and indicated the fact that sesame might be a viable adjunctive therapy in treating OA.”

For those who have knee arthritis, about four tablespoons of sesame seeds is the tested dose. You can improve digestion of the seeds by grinding them with a mortar and pestle or by using a coffee bean grinder.